What’s this integration partner do? 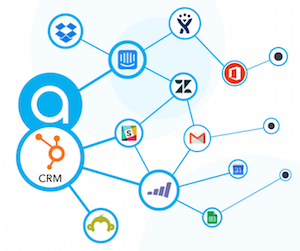 Azuqua is integration technology that helps non-technical folks connect apps in the form of workflows. They have many pre-built workflows for integrations including HubSpot.

Click here to integrate Azuqua and the HubSpot CRM.

How does Azuqua integrate with HubSpot?

Azuqua allows user to integrate the HubSpot CRM or Marketing with MailChimp, Google Apps, Slack, SalesForce, or 100+ other applications, APIs, data, and internal tools and microservices. With Azuqua you can build cross app-workflows in minutes and customize them to fit your needs.

1. Emails Communicating With Your CRM
Keeping track of leads back and forth between your CRM and email marketing requires lots of manual work. Adding new contacts, updating information, moving contacts in lists, and more are all important parts of the process but take up way too much time when done without automation. Azuqua enables automated workflows built around these contacts in order to make everything run smoothly. 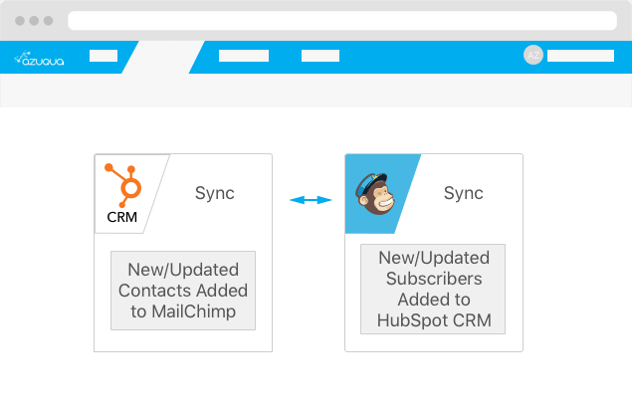 2. Routing Leads to Sales
Marketing customers can use this tool to route and notify reps that leads have been assigned to the them in SFDC. 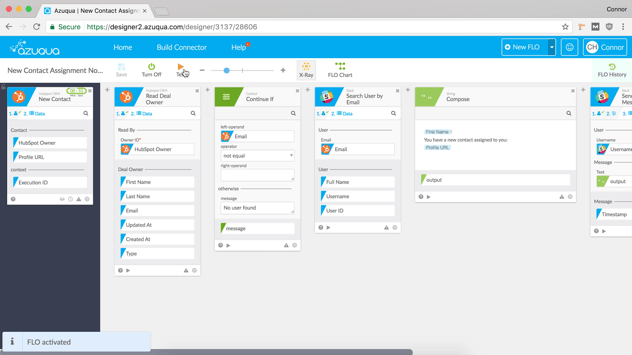 HubSpot CRM users can sign up for Azuqua here.

How-to integrate:
Follow the instructions after signing up here.
HubSpot CRM users can sign up for Azuqua here.

How-to integrate:
Follow the instructions after signing up here.

Support:
This integration is built and supported by Azuqua. Customers can reach out to them for support.