Enjoy Some A Cappella: 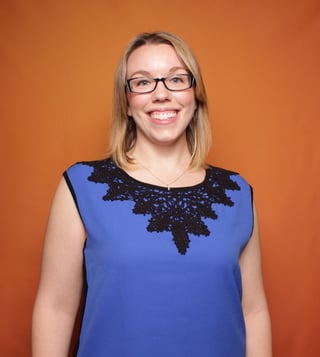 Rebecca Corliss is one of HubSpot's original marketing team members, joining the company in 2008 when it was fewer than 50 employees.

Today at 1,000 employees, Rebecca leads Team Development and Culture for HubSpot's famous marketing team. She is focused on growing a team of exceptional marketers and developing leadership to scale the organization.

Rebecca has always been focused on HubSpot's growth, and previously managed HubSpot's lead generation group, accountable for over 50,000 organic leads per month for HubSpot's sales organization.

Rebecca was also the architect of HubSpot's original Inbound Marketing University, a free internet marketing training program that certified over 5,000 marketers globally. It has since been transformed into HubSpot Academy's certification program.

For fun, enjoy her "one-hit-wonder" and award-winning music video, You Oughta Know Inbound Marketing and follow her on Twitter as @repcor.

"How to turn Your Customer Base into a Revenue Engine," Integrated Marketing Forum
Irvine, CA (November 20, 2014)

"How to How to Use Visual Social Media to Tell Your Story," EDF Oceans Summit
Houston, TX (January 23, 2014)

"What Content to Publish on LinkedIn to Drive Engagement," Online Event with LinkedIn.com
Webinar Presentation (September 27, 2012)

"How to Use Social Media and Inbound for Lead Generation," HostingCon
Boston, MA (July 16, 2012)

"Facebook for Business: 4 Steps to Success," Online Event with Facebook.com
Webinar Presentation (May 30, 2012)

"How to Use LinkedIn Company Pages for Business" Online Event with Linkedin.com
Webinar Presentation (December 6, 2011)

"How To Launch an A/B Testing Program at Your Company" Online Event with Which Test Won
Webinar Presentation (August 23, 2011)

"How to Use Inbound Marketing to Grow Your Business," CU Water Cooler Symposium
Indianapolis, IN (October 29, 2010)