Developers Can Survive on a Desert Island. Can You?

Have you ever wondered how you would survive if stranded on a desert island? Well, we at HubSpot wondered the same and it seems like our developers have a significant advantage over our other teams (or so they claim). 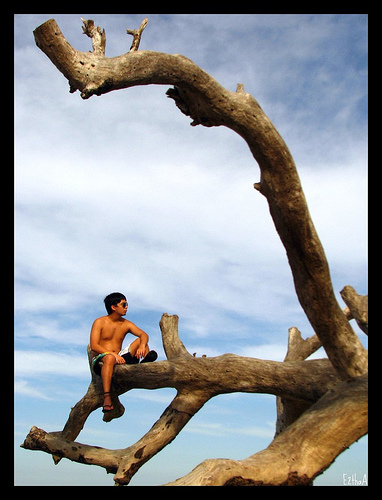 Our developers will last the longest on a deserted island not because of their problem solving skills but thanks to their practical knowledge. Their individual skills complement one another and bring super efficiency to the team. Here is why:

Michael Prior was nominated as the most adept at hunting. He has great eye-hand coordination thanks to which he won our fierce foosball and ping pong tournaments. Although Mike has used rifles and compound bow and arrow at targets, he has never actually hunted. "The only hunting I can claim are the mice at my old place," he said.

Mike's hunting potential, however, will be complemented by the fishing skills of Dan Dunn, Sam Clemens and Yoav Shapira. In case hunting doesn't work out for the team, the three of them can catch fish and save all developers from starvation.

Dan Dunn and Brad Coffey can make a fire even in the most extreme conditions. Dan became a fire monster as a Boy Scout and Brad as a high school student when he learned to start a fire in the rain.

Yet sitting around the fire without drinking beer would be a waste of woods. That's where Stephen Huenneke's and Paul Sutherland's skills come into play. They can both brew beer and provide this natural alcoholic drink to the rest of the team.
Development Team at a Monthly Party Outdoors 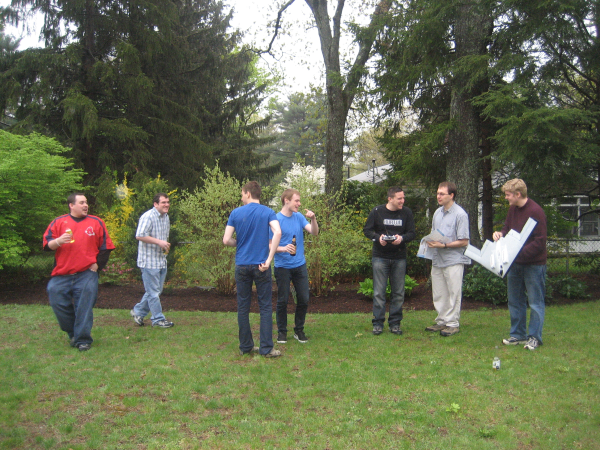 Karen Rubin and Dan Abdinoor are both skilled at growing vegetables and cooking. They will prepare tasty delights from the food supplied by the above mentioned hunters and fishermen.

Among Amy Eastment's many talents are blacksmithing, art making, woodworking and sewing. She can, therefore, work on a variety of construction projects to ensure that there is a roof over everyone's head (or at least a folding grill for the caught fish).

Similarly adept at constructing things is Drew Hite. He can build staircases, rails and even work with cement (in case the island develops into a megapolis).

No doubt, with such skills the development team can turn a deserted island into a livable environment. But is it more talented and resourceful than our other HubSpot teams?