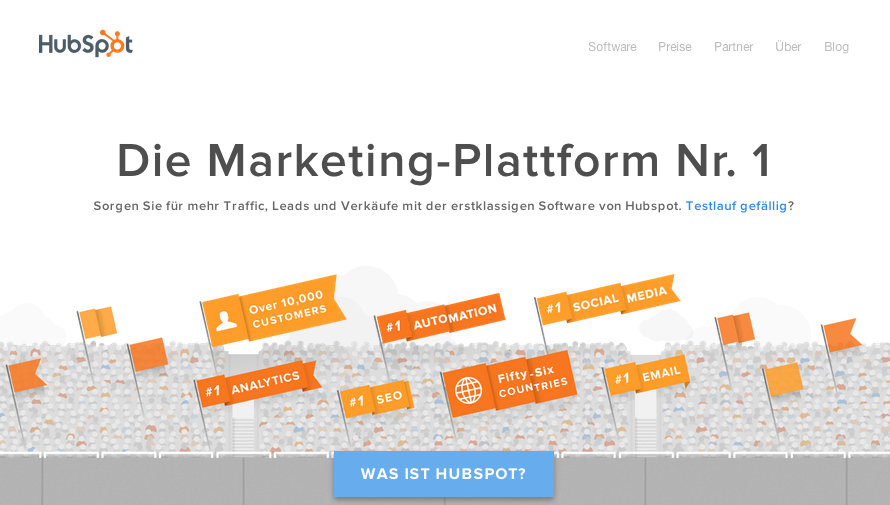 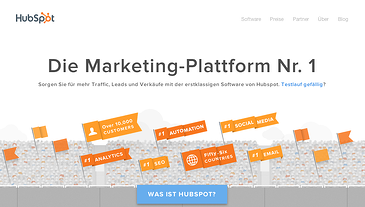 This week, leading inbound marketing software company HubSpot launched a website in German to continue to expand its global footprint. In addition to hubspot.de, the company also launched a German language inbound marketing blog, blog.hubspot.de, a Twitter account (@HubSpot_DE), and a German version of the company’s Marketing Grader tool to support its german-speaking community, including 90+ customers and partners.

Of launching the German website, HubSpot CMO Mike Volpe said “Creating an inbound experience is universal. People have changed the way they live, shop, and buy, and marketers everywhere need to be savvy and well-versed in inbound marketing to attract, engage, and delight new customers and prospects today. We were thrilled to see a demand from our German speaking audience for more content in German. It proves inbound is being embraced worldwide, and companies everywhere are seeing results.”

HubSpot’s free Marketing Grader tool has a been a valuable resource for introducing marketers everywhere to inbound marketing. Since its launch, marketing.grader.com, has run over 4 million reports providing an instant assessment of a business’ blogging, SEO, social media, lead generation, and mobile marketing efforts. HubSpot recently introduced marketing.grader.com/de to run Marketing Grader reports in German, as well as provide feedback and tips to german-speaking marketers based on their assessment. Launching a german version of Marketing Grader was led by HubSpot’s European team.

Managing Director of HubSpot International, Jeetu Mahtani, added “Opening our European office in Dublin was a big step toward supporting HubSpot’s growing international customer base and followers. We saw that inbound marketing was gaining significant traction in Germany, so the natural next step was to make inbound marketing resources even more accessible to our German audience. The European team is excited to play such an instrumental role in HubSpot’s and inbound marketing’s global growth.”

HubSpot opened its European headquarters in Dublin, Ireland in early 2013 to support HubSpot customers worldwide by setting out to build a team of employees from Germany, Ireland, Denmark, the Netherlands, Sweden, and the United Kingdom. Under Mahtani’s leadership, the international team has grown to over 60 employees across sales, marketing, services and support, and engineering.  The European marketing team led the German homepage launch and will continue to spearhead content creation and support to German speaking followers and customers.