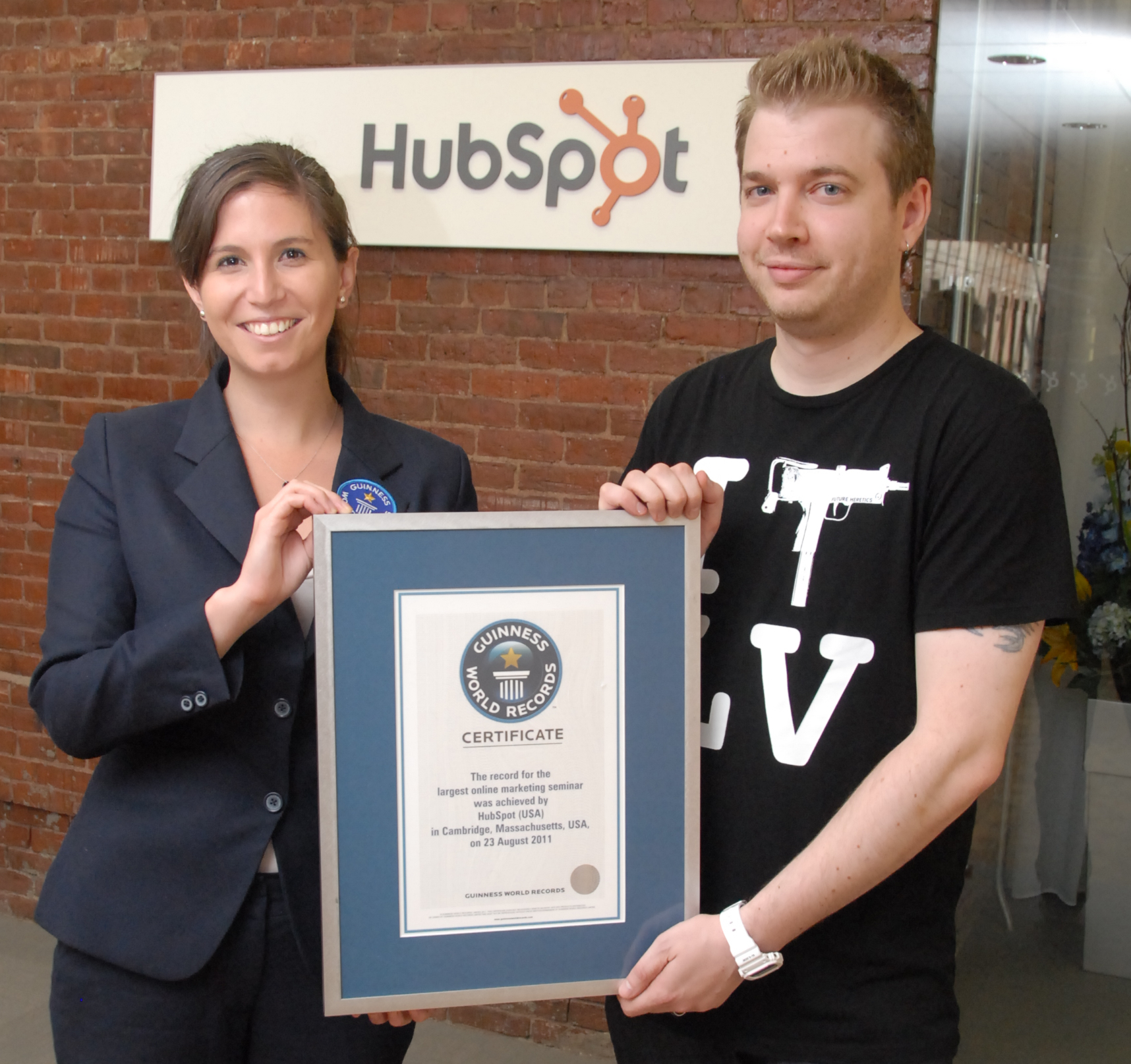 HubSpot held the world’s largest online marketing seminar with Dan Zarrella, HubSpot’s Scientist of Social Media, presenting on The Science of Social Media based on his new book “Zarrella's Hierarchy of Contagiousness: The Science, Design, and Engineering of Contagious Ideas.” The webinar was held on Tuesday, August 23, 2011 from HubSpot’s headquarters in Cambridge, MA, but there were people watching around the world.

The final tally was 10,899 attendees. In addition, there were 31,100 registrants, a new HubSpot record, passing our previous record webinar, which had about 25,000 registrants.

During the webinar, Zarrella pointed out that engaging in conversations on Twitter doesn’t build reach. Instead, users should link to valuable information. Another point he made was that including “Please ReTweet” helps to get that done. Zarrella also talked about the use of contra-competitive timing to sharing content when less content is being published.

Before the world record was set, Zarrella said about his data that social media marketing shouldn’t be left to luck, and basing decisions on superstition and myth is dangerous. He hopes that with the information provided people will be able to move past the guesswork – or as he calls it the unicorns and rainbows – and into real science and data.

An adjudicator from Guinness World Records was on hand to immediately certify the totals and present a certificate. She said that this attempt was a great example of how record breaking is adapting to the digital world.

“Just like marketing has to adapt to the digital world, record breaking has to adapt as well, and this record is a great example of that,” said Guinness World Records records manager Kimberly Partrick.

"Maybe it was the earthquake, but you could hear the energy crackling as Dan Zarrella rocked a record-setting webinar for HubSpot. Not only was his new book the most popular ebook in the world that day, but the webinar had more than 10,000 people attending. Pretty cool." said Seth Godin, publisher of the Domino Project.

If you missed the webinar, you can still watch it on demand here.