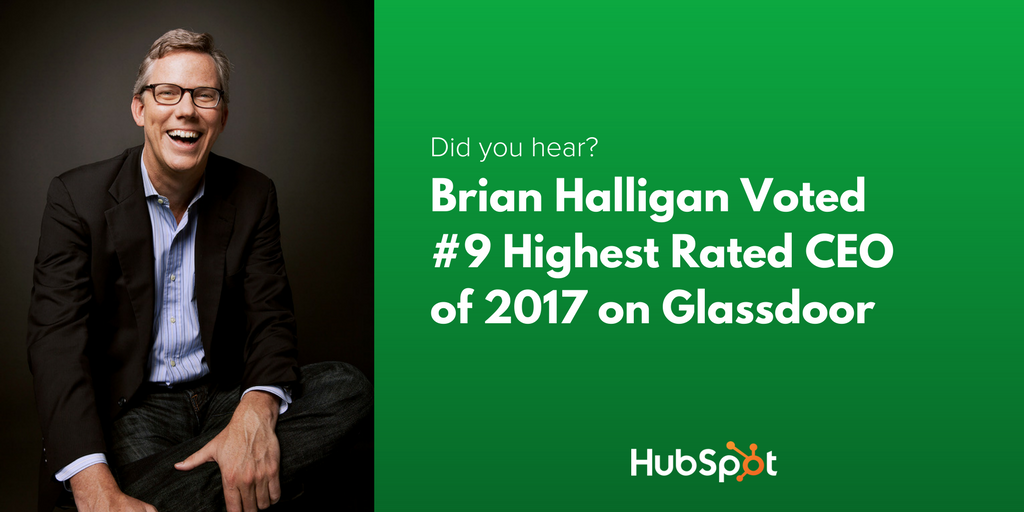 We’re excited to announce today that HubSpot co-founder Brian Halligan has once again been named one of the Highest Rated CEOs on Glassdoor, based on reviews and rankings from current and former HubSpot employees.

With a 4.7 out of 5 rating and a 98% approval rating, Brian ranks among the likes of Clorox, Boston Scientific, Bain & Company, and SpaceX for this recognition. This is the third time Brian has appeared on the list after making his debut in 2014.

When he’s not busy busting out the tunes on his new guitar, Brian is dedicated to making HubSpot a place that embodies the characteristics of HEART – humility, empathy, adaptability, remarkability, and transparency. HubSpot is on a mission to make the business world more human, and that initiative starts at home.

CEO approval ratings are gathered through Glassdoor’s online company review survey, which gathers current and former employee sentiment about job and company satisfaction, the work environment and the culture. Learn more and see the complete list of Highest Rated CEOs in 2017 on the Large U.S. list here.

Want to work with one of the best CEOs in the business? Check out our current job openings here: https://www.hubspot.com/jobs