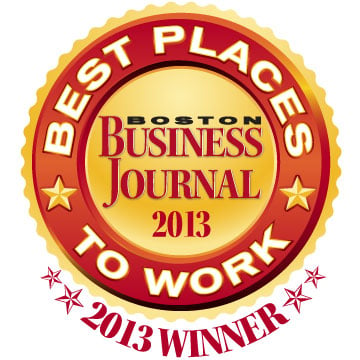 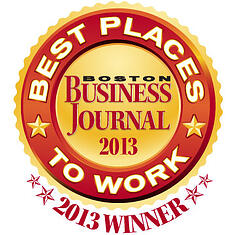 Last night, HubSpot was honored by the Boston Business Journal as the 2nd Best Place to Work in Massachusetts at the BBJ's annual awards ceremony. Over 80 companies were represented at the ceremony, held in downtown Boston's Citi Wang Theater, all anxious to see who would claim the top spots in the small, medium, and large company categories for outstanding company culture and employee perks. The BBJ recognized HubSpot's tuition reimbursement program, always-stocked kitchen, and its transparent environment of encouraging employees to approach executives (because they don't have offices).

Co-founder and CTO Dharmesh Shah, who developed and published HubSpot's remarkable Culture Code, accepted the award with 25 HubSpotters, decked in HubSpot gear, cheering him on and chanting "inbound, inbound, inbound." The BBJ's acceptance speech policy is that winners get to say three words for free and every word after that is a $25 donation to Boston's Habitat for Humanity non-profit. Shah took to the podium and said the following:

Shah later commented, "When I walked up to accept the award, I I knew I wasn't going to give the best acceptance speech of the evening, but I figured I had a pretty good chance of delivering the longest and most expensive one.  We were humbled to be honored, and more than happy to share our good fortune with Habitat for Humanity." 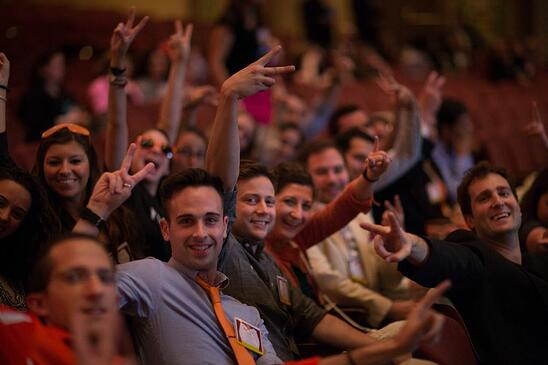 The BBJ Best Places to Work Awards are run through Quantum Workplace's employee survey platform that gauges employee happiness and development at a company. HubSpot won Massachusetts' #1 Best Place to Work in both 2010 and 2011 at the BBJ Awards, and was named #2 in 2012.