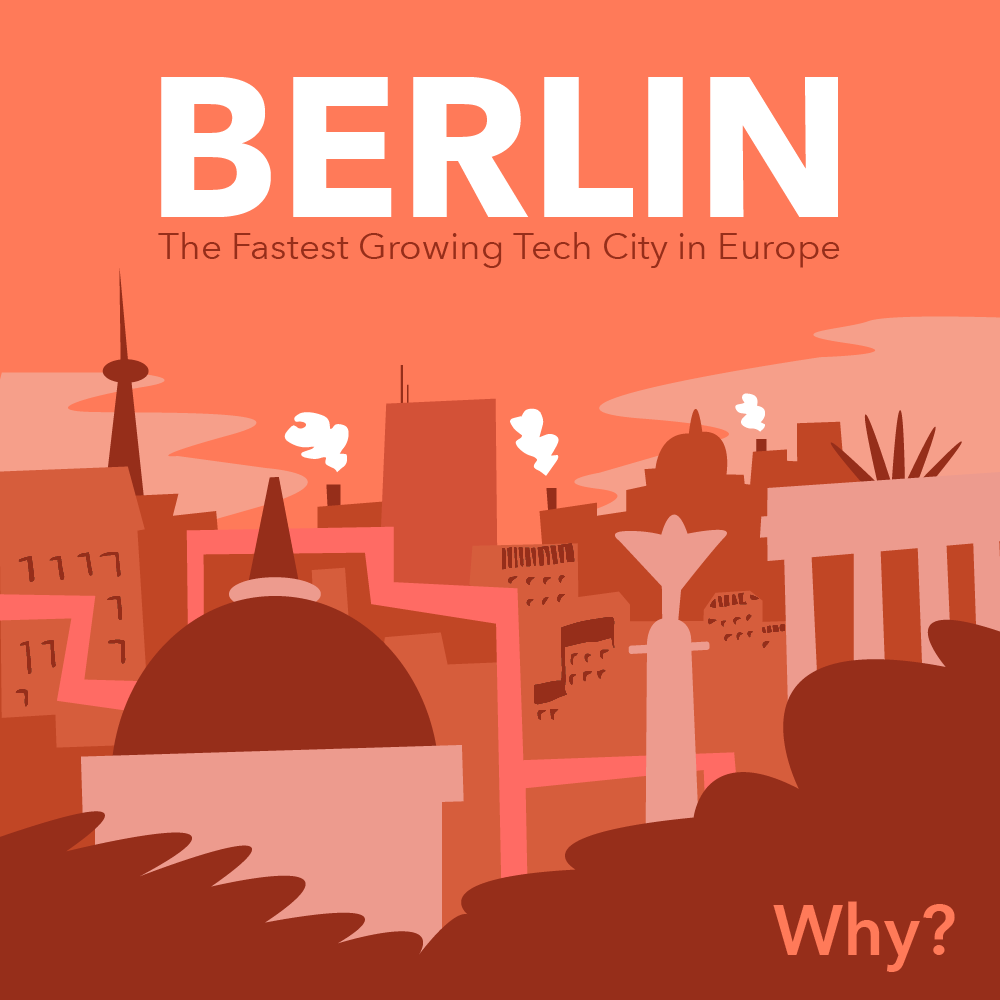 HubSpot released today findings from a new survey that positions Berlin as the fastest-growing tech city in Europe, with the vast majority of respondents identifying the city as a burgeoning hub for startups and tech companies. HubSpot also celebrated today the launch of its new Berlin office and EU data center, further solidifying its commitment to supporting the booming DACH market.

According to a recent report from Ernst & Young GmbH, both the number of funding rounds for startups in Germany and the overall value of those rounds hit record levels in the first six months of 2017. That tracks with what we’ve found in HubSpot research as well. We recently commissioned a survey of consumers living and/or working in the Berlin metro area, and found that the tech scene there is evolving quickly – 95 percent of Berliners see the number of technology jobs in the city growing, and 90 percent say Berlin also offers access to the technology and digital talent needed to grow a tech company. With Berlin offering the highest post-grad monthly salary for the European tech sector (3,112 euros per month, on average), it’s no surprise that the city has become a hub for fast-growing tech companies. And as of today, HubSpot is the latest to call the city home.

“Opening an office in Berlin is a smart choice – from the wealth of local talent to its growing digital infrastructure, the city offers a great opportunities for us to continue HubSpot’s growth across Europe,” said JD Sherman, President and COO of HubSpot. “We’re excited to welcome Berlin to the HubSpot family, and can’t wait to see what the team is able to achieve there.”

HubSpot celebrates the Berlin office opening today with an event that honors the employees, partners, and customers who have contributed to the company’s growth in the region. The office is HubSpot’s second location in Europe, joining the company’s EMEA HQ in Dublin. The company has also committed to creating 75 new jobs over the next three years to meet the rising demand for HubSpot’s software solutions in, and the rapid growth of, the DACH market.

Christian Rickerts, State Secretary of the Senate Department for Economy, Energy and Businesses in Berlin, also emphasized the importance of the digital economy for the German capital: “The digitalization is increasingly changing our communication, our work environment and our everyday life. We are are therefore very pleased to welcome HubSpot with its solutions for the development and realization of digitalization strategies in Berlin.”

HubSpot also announced that the company will be opening a Germany-based data center in Q1 2018. HubSpot will be leveraging the Google Cloud Platform Frankfurt region to support local customer data, as well as provide outage and data protection as needed. For more information, please visit: https://www.hubspot.com/company-news/hubspot-announces-strategic-partnership-with-google-cloud

This post was updated on Wednesday, March 28 to reflect the latest information about the Frankfurt data center.