Debugging Perceptions: Why I Want My Daughter to Be a Superhero, Not a "Girl" Superhero 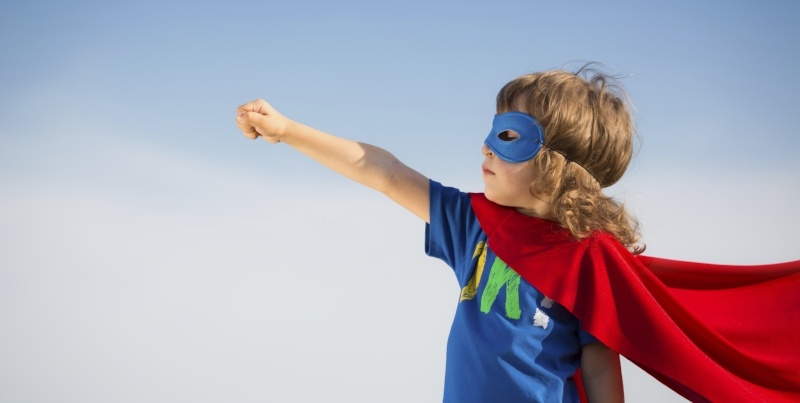 My daughter is six-years-old and determined to become a “fairy girl superhero mermaid” when she grows up. While I can’t offer much advice on a suitable career path for this particular profession, I think it’s interesting she always uses the word girl in front of superhero. “You’re a girl, so of course you’ll be a girl superhero”, I tell her. But she insists that “all the good superheroes are boys”.

Spiderman, Superman, the Teenage Mutant Ninja Turtles, Captain America, Iron Man, Thor - all the usual suspects are men. It also doesn’t help that my four-year-old son insists she can’t be a superhero because she’s a girl (a perception we’re trying hard to change). My daughter loves Disney princesses, too, in particular Elsa from Frozen. So in her mind, being a fairy girl superhero mermaid is the perfect hybrid of professions. As long as there’s that clarifying girl in the job title.

I often wonder: How do these perceptions of gender roles seed themselves at such a young age? My children have two parents who work in similar technical jobs, and they live in a very balanced home, in terms of who takes on domestic responsibilities. Or do they? I always thought this was the case until last weekend when I realized that I rarely cut the grass (or put the bin out, if I’m totally honest) and I am crap at DIY handiwork. Why? And, I do most of the cooking, clothing shopping, and organizing after school activities. But why? Have I been conditioned this way?

As a Director of Engineering, this isn’t just something I think about at home, either. The diversity discussion is everywhere, and when the women in tech topic comes up, you’ll notice that a lot of companies can be found scratching their heads. They want to hire more women in technical roles, they say there just aren’t that many of us out there. Unfortunately, this gap starts long before a woman graduates from university or starts shopping her CV around.

Fewer girls than boys take higher level maths, physics, and other STEM subjects in school. Why? The reason was made pretty clear for me back at the convent school I went to in the west of Ireland. In secondary school (many moons ago), my mother had to speak to the head nun to ask if my sister and I could take the honors physics course. The nun gave her all the reasons in the world why we wouldn’t ‘need’ physics. Thankfully, my mother stuck to her guns. My sister and I, along with two others, were the first girls to study honors physics in the school. Ever.

The notion that females didn’t need advanced learning in STEM subjects might sound archaic, but it really wasn’t that long ago. What’s more shocking is that things haven’t really changed all that much today. When I graduated with a masters degree in IT, there were just two other females in my masters class. We all went on to code in our first jobs. Both of them have now left the world of software and pursued related careers but aren’t coding anymore.

It’s a complicated topic. Is it unconscious bias? Is it confidence? Is it the environment? In my opinion, it’s no one thing. It’s a collection of complicated things. But I believe a lot of the problem is rooted in this idea of fitting in.

What Tech Can Learn from the Law

Let’s take a step back. If we look at the law industry in Ireland, it has transformed from a male-dominated field to largely female-influenced field in just 30 years. (That doesn’t mean it’s predominantly female at the top, keep in mind.) The first female called on to serve on a High Court bench was in 1980. Since then, the number of female judges has tripled with 33% of judges now being women. In one particular Court, there is nearly complete gender parity with female judges accounting for 48% of the Court. Not to mention, for the first time in the history of the State, the two most senior legal positions in the State are held by women.

Speaking to a friend who works in the law industry, it seems there are two factors at play here. The first is this idea of being able to see yourself in a role. Most of these roles we’re talking about are titles you have to apply for, so when women starting out in their careers see other women in prominent roles, they’re more likely to pursue the next level because they can picture themselves there. It’s the good kind of peer pressure.

The other important factor is that applicants for these roles are recommended by an appointed Board. If you’re endorsed by the Board, you aren’t guaranteed the spot, but your chances of being selected are higher. Today’s board has eleven members, five of whom are women. Female applicants have a stronger voice as a result of near gender parity. Instead of an ‘old boys club’ gravitating toward applicants who look like them, the Board is more likely to make merit-driven decisions. Does that not demonstrate that when females are part of the decision making process, they will naturally introduce more gender diversity?

There’s a domino effect when women have high titles and a seat at the table early. But what does this mean for fairy girl superhero mermaids? It means we need to teach them that they don’t have to conform to stereotypes. If we think about unconscious bias, young girls face stereotypes constantly. Society rewards them for being kind, pretty, and collaborative, while our sons are expected to be brave, strong, clever, and competitive. My daughter attends an all girls school and on sports day, everyone got a medal. At my son’s all boys school, only 1st, 2nd and 3rd in each race got a medal. Girls were incentivized to participate but the boys were incentivized to win.

That’s why we need to go out of our ways to show our daughters that anyone can be whatever they want to be; the best superhero can be a kind, gentle six-year-old girl who likes ballet and Disney princesses. It’s important to call out that sometimes, in trying to row against unconscious biases, women end up molding to something that’s not natural to us. I face this in the programming industry all the time with stereotypes that everyone loves pizza and beer, is a gamer, is a geek, wears hoodies everyday, and loves Game of Thrones.

I look at myself and I certainly don’t fit this profile. I’m not a serious gamer, I prefer wine to beer, I adore high heels (or the look of them at least), and I hate Game of Thrones. So, what does that make me?

I don’t naturally fit in with the engineering norm we know today. And sometimes that’s hard. Throughout my career I’ve had to face blatant sexism. I’ve been asked, as a VP of Engineering, to go get coffee because an external partner assumed I was an assistant. I’ve interviewed candidates alongside male recruiters who directed all the technical questions about the company to the recruiter and all of the HR questions to me (I would be crap at HR!) I once made it through several rounds of interviews for a CTO position and when I was asked if 7:00PM was too late for a follow-up call, the recruiter apologized as it might be a tough time for me with “kiddies bedtime”.

Going against the grain can be draining. But I’m not going to pretend to like Game of Thrones when I don’t, or encourage my daughter to become a fairy mermaid, not a superhero, because it might be the easier, safer path. The stereotypical geek culture has been especially glorified recently with shows like Silicon Valley, but geek was originally a slang term to describe ‘eccentric or non-mainstream people’. It’s time to let the stereotype go: Technology professionals are now mainstream. 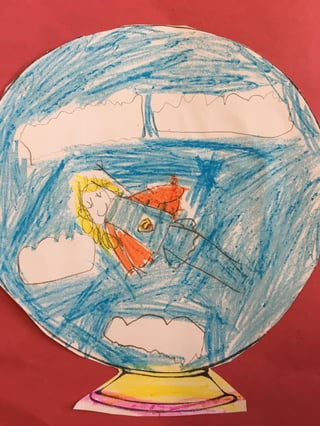 Not too long ago, my daughter came home from school and showed me what she drew in class that day. It was a picture (on the right) of her as a superhero inside a crystal ball, because that's what she sees in the future. We can't let those visions of what's possible for young girls be influenced by the gender gap women like you, me, or the woman next to you experience every day. Instead, we need to change the perception today, influence decisions today, and pursue opportunities where girls can look up to us today. That’s one of the many reasons I love the #ILookLikeAnEngineer campaign and one of the many reasons I love working at HubSpot. We have a ways to go, but I’m proud to work somewhere that’s committed to creating an environment where I can proudly and unapologetically bring my full self to work. It feels really good to be in a place where you can be your best as an engineer, without putting girl in front of it.

I’ll leave you with this: Jill Greenthal said we have to be impatient when it comes to gender diversity in tech. Instead of being afraid of the challenges ahead or the scope of the problem, we have to have a sense of urgency in changing the tone at work and at home. Now’s the time to put on our capes and take every opportunity to make tech a more inclusive place for every girl whose superpower might be coding one day.

One way we're helping women put on their capes is through HubSpot's Women's Web App Workshop. The next one is coming up in our Dublin office on Friday, November 18, led by HubSpot's product and engineering team. If you're a woman studying computer science at university, sign up here to join us in building your first web application from scratch.