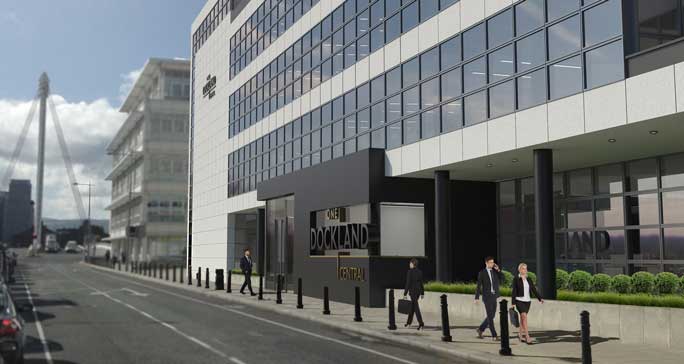 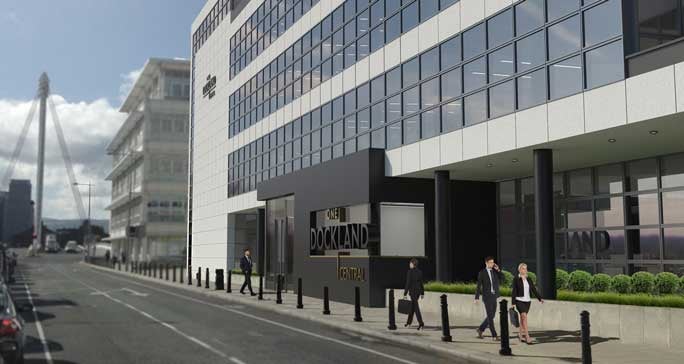 Pull out the duct tape and boxes, HubSpot’s Dublin team, who we lovingly refer to as DubSpot, is moving! After outgrowing its original office space at 30 North Wall Quay in the Docklands, HubSpot will move its European headquarters to a newly refurbished space in the One Dockland Central building.

“Our Dublin team is world-class and they deserve a workspace to match,” said Ken Papa, HubSpot’s Director of Facilities. “We couldn’t be more excited to provide the team with a space where they can continue to grow and deliver exceptional products and services to our customers.”

The new office will occupy over 27,000 ft2 on the third and fourth floor of One Dockland Central and will comfortably accommodate HubSpot’s ever-growing Dublin based team who serve HubSpot’s customers and partners across Europe, the Middle East, and Africa. Like HubSpot’s US headquarters and other locations around the world, the Dublin office will feature unique employee perks like adjustable standing desks for all employees, an ever-stocked candy wall, a nap room, and more.

“We’re thrilled with how rapidly our business has grown outside the US, and it’s a great testament to our team in Dublin,” Said HubSpot COO JD Sherman.   “This investment will allow us to keep growing that team to support our customers with a great HubSpot experience.”

HubSpot first opened up shop in Dublin in January of 2013, making it the company’s first international location. This was followed by the addition of HubSpot’s Sydney, Australia office in Q3 of 2014, and its Singapore office in Q4 of 2015. The official Dublin move is scheduled to take place in early 2016 once construction is complete on the new space.