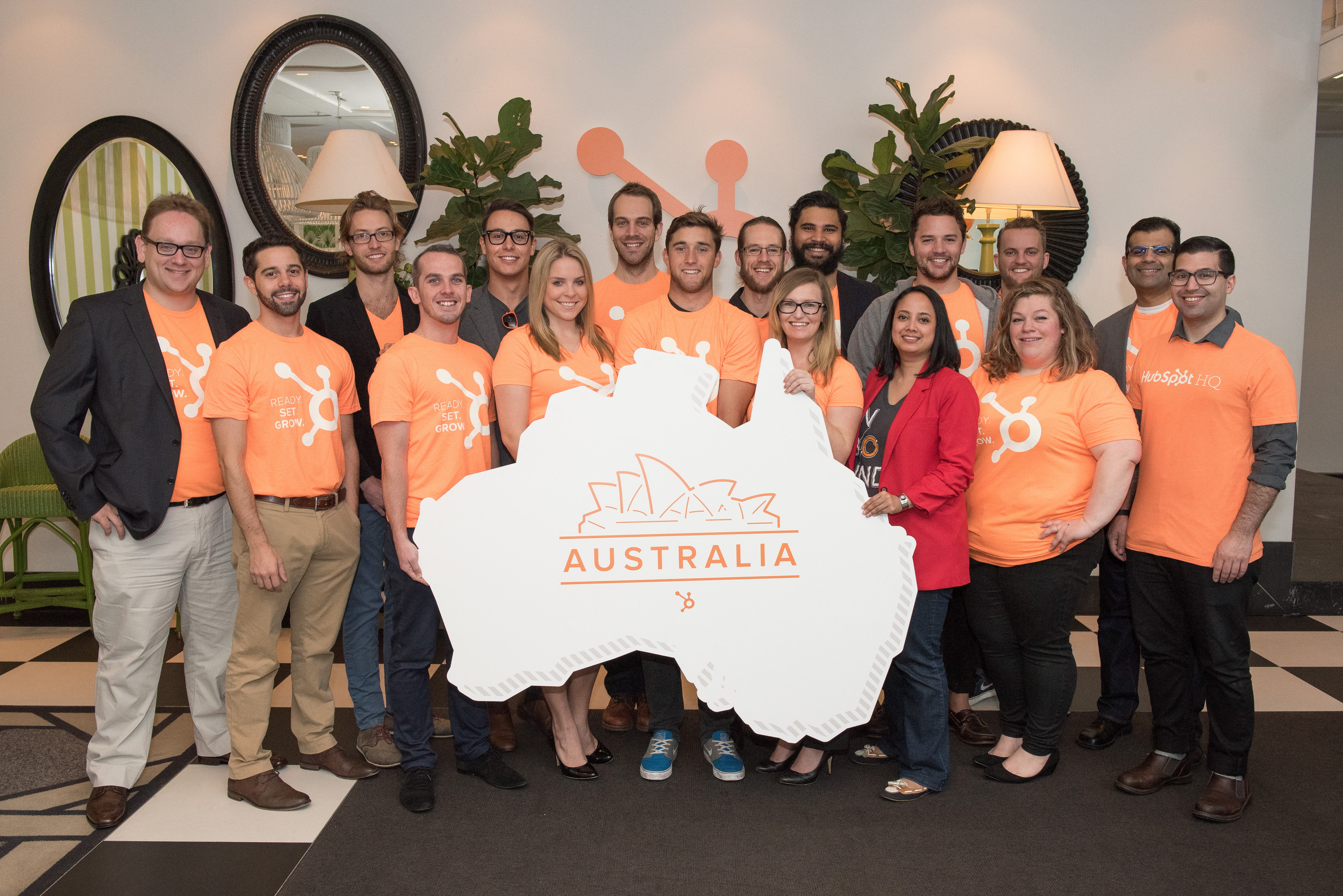 It’s 5:00pm Sunday in Boston, on a sunny August afternoon. Maybe not the ‘standard time’ most people sit down at their desks to start a day of work, but for 12 months, this was exactly when Sam Shoolman’s work-week began.

Starting with New Zealand (where it was already around 11:00am on Monday), Sam would work his way westward across the the island nation, eventually shifting his focus to Australia -- New South Wales, Queensland, and Victoria. He would eat dinner around 10:00pm, and then the work night continued with South Australia, Western Australia, andSoutheast Asia.

After a year of tenacity, several (hundred) cups of coffee, and the launching of many successful partnerships with awesome Aussie companies like Reckon, CFO on Call and SalesITV, the odd-hour year of 1:00am demos was showing legitimate traction. These wins enabled HubSpot to take a leap of faith, and the decision was finally made to open an office in Sydney.

To effectively build a local team, HubSpot’s stellar recruiters sourced and hired top-notch local sales talent (of whom 100% are still team members) to start in July 2014. Considering Australia’s incredible culture and focus on ‘work hard, play hard’, in hindsight it’s not surprising that HubSpot’s Culture Code resonated so strongly with candidates and helped to attract some of the best and brightest minds (also some of the best GoKarters this side of the equator).

The ‘initial seven’ opened up HubSpot’s Sydney office in the CBD, at 1 O’Connell Street on the scenic 19th level, along with HubSpot's friends at Compass Offices. As the months passed, word of inbound marketing’s ROI quickly caught fire in Australia and New Zealand, and the one room that housed the initial team expanded to two, three, and eventually four spaces to hoist the orange sprocket on the walls.

With time, the Sydney office even began to develop its own distinct culture, which employees have come to love and cherish. “Life as a HubSpotter is a completely unique experience compared to other working environments I have known in the past,” said Madison Carmody, a first-round hire on the sales team. “Whether it’s sailing Sydney Harbour for our Christmas party, go karting around Eastern Creek, or celebrating end of month, HubSpot knows how to work hard and play hard!”

Marilia Salvia-Teixeira, a June 2015 hire on the Services Team, dove headfirst into the HubSpot experience and hasn’t looked back since. “The culture of the Sydney team is truly special...we celebrate each other’s successes, collaborate to find the best solution for our customers, and also have fun while we’re at it.” Perhaps the most insightful part of her interview was her closing statement: “Best. Career Move. Ever.”

Job growth is a serious business at HubSpot, with Sydney being no exception. The Aussie team headcount is now up to 25, and the sales team that once flew solo is lucky to be supported by awesome services and marketing teams. This isn’t an ‘expat play’, either - while a few of the newest members of the team are “on loan” from other HubSpot offices in Boston and Dublin, HubSpot is looking at the local talent pool to enable this growth, and there are always updated reqs listed on the job page.

With this rapid growth, HubSpot is also getting ready to launch its own space at Level 7, 20 Hunter Street, where there will be plenty of room to grow.

With the ANZ team’s expansion and the region’s growing need for Inbound solutions, there is also a desire (nay, responsibility) to grow other aspects of the business as well. Accordingly, HubSpot has doubled the number of inbound leads for both the direct and agency sales teams, transferred senior Support engineer expats from Dublin and Cambridge to enable 24/7 support, and expanded its agency partner network more than two-fold.

This last component is an especially huge win: HubSpot works with a fantastic network of agencies who are thought leaders in the online marketing space. As these partners move their own strategy to an inbound approach, they are able to speak from experience and demonstrate how they practice what they preach (and how well it works!) Considering there are just four (very busy) marketers at HubSpot dedicated to Australia and New Zealand, it’s important they have regional advisors who know the market and have seen it evolve over the past several years.

Oftentimes, lifelines back to the other offices are not available, but as always, the show must go on. It’s unrealistic to assume that every part of the HubSpot machine will be able to operate in ‘lock step’ 24/7. It’s just not humanly possible. What HubSpotters have learned, though, is that it’s also not necessary. As a small team, Sydney’s employees can pilot their own ideas, programs and technologies. Some of the more successful HubSpotters have even impacted other teams, creating something that others could adapt for their own benefit and growth.

Overall, one year after the opening of the Sydney office, things are looking pretty optimistic for the intrepid, sprocket-bearing team of inbound missionaries. “I’ve been absolutely blown away by our customers, the incredible growth rate of inbound marketing in the region, and the culture of HubSpot,” raved Ryan Bonnici, HubSpot’s Marketing Director for Asia Pacific. “The business truly lives and breathes inbound - inbound sales, inbound marketing, inbound recruiting. It’s a very special time to be a part of such an exciting business and I’m thrilled to see it develop over the coming years.”