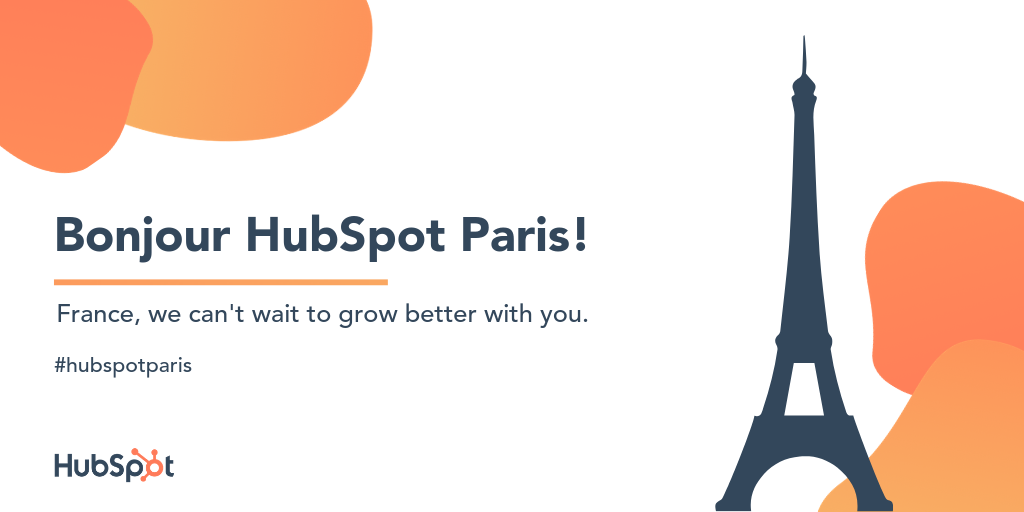 Bonjour, Paris! HubSpot today announced that its third office in Europe and ninth globally has officially opened at 277 Rue Saint-Honoré in Paris, France. Tonight, HubSpot will mark the opening with an event that celebrates the customers, partners and employees who have contributed to the company's growth in the region.

“We’re thrilled to open HubSpot’s doors in Paris and become part of such an innovative, fast-growing tech community in Europe,” said Jeetu Mahtani, Senior Vice President and Managing Director of International Operations at HubSpot. “HubSpot’s international business is growing year-over-year, and launching the Paris office will only allow us to evolve our work in helping French businesses grow better. We’re looking forward to making a positive contribution to France’s business and startup ecosystems, and are grateful to our local customers and partners for helping us get to this stage today.”

HubSpot’s revenue from markets outside of the United States grew significantly in 2018, indicating the importance of international markets, like France, to the company’s growth and success. To meet the increasing demand of customers and partners, HubSpot decided to invest in building a strong and scalable base of talent in the region. HubSpot’s Paris office is committed to creating approximately 30 new roles by 2020 and will initially be staffed by a sales team dedicated to building relationships with growing French companies and agencies.

The office will be led by Senior Sales Manager Jules Perignon, who joined HubSpot as the first French employee in 2015. On the new office opening, Jules said “I’m honoured to have the opportunity to lead HubSpot’s ninth global office and to continue to work with our fantastic team to help our customers and partners across France grow better. As someone who has grown both personally and professionally since joining HubSpot, I encourage those looking for a new opportunity on a fast-growing team to consider joining HubSpot Paris to play an integral role in helping millions of organisations grow better."

As one of the top tech cities in all of Europe, the latest French Tech report card by C.B. Insights shows that Paris’ growth is only just beginning, making it an attractive growth opportunity for HubSpot. In 2018, France’s startups raised $3.5 billion in funding, up eight percent from 2017, and a new record for the country. The HubSpot for Startups program, which aims to help startups grow and scale faster, has a long-standing partnership with Station F, the biggest startup incubator in the world, to help give France-based startups access to top-notch educational content, marketing and sales software.

Alexandra Dublanche, the Vice President of Economic Development, Agriculture and Rural Affairs comments on HubSpot’s new office, stating “We are thrilled to welcome HubSpot to the Paris Region and support them with their growth and integration in the French market. Innovators like HubSpot are what make our ecosystem so attractive for international companies, all while contributing to employment and the economic development of the region.”

To learn more about HubSpot’s culture and see open positions in all of HubSpot’s Europe offices, please visit www.hubspot.com/jobs.