VP of Marketing, Jeanne Hopkins, Nominated for the SLMA's 50 Most Influential People in Sales Lead Management 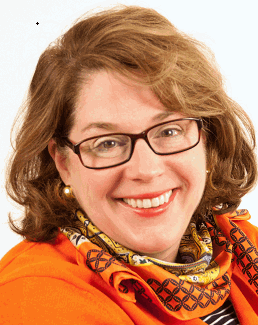 Jeanne Hopkins entered the world of inbound marketing 10 years ago while working as a Marketing Director at Datum, Inc., later acquired by Symmetricom. MEC Labs then recruited her in 2007 as their Chief Marketing Officer.  In 2009, Jeanne joined HubSpot as Director of Marketing and was recently promoted to Vice President of Marketing.

Tip #1: Top line growth grows the entire business.  The more leads the company generates, the more leads can be distributed amongst the different verticals.  Sometimes leads that were not a fit for HubSpot two years ago are now perfect candidates.

In a little over two years, Jeanne has grown the total number of leads generated per month from 14,000 to 45,000, allowing HubSpot to claim the title for the marketing software company generating the largest amount of leads per month.

Tip #2: Use inbound marketing to publish content that will draw customers in.  Answer the marketers question, “What can I do better?”

During the past 27 months since joining HubSpot, Jeanne has grown HubSpot’s database reach from 375,000 to over 1 million.

Tip #3: Increase the number of leads generated through email marketing with segmentation, timeliness and cleaning up the database.

Tip #4: Work with sales to answer their questions, listen to their concerns and feedback and alter strategies based on their needs.  Sales representatives are directly in touch with customers.

Jeanne takes her role much further to help revolutionize marketing today by bridging the gap between sales and marketing.

Tip #5: Get involved in other areas of the organization.  Marketing needs to work with all of the other departments in order to make the company successful.

Jeanne also takes an active role with HubSpot’s Content Camp teaching customers how to improve their inbound marketing skills. She is also an active writer on HubSpot’s Marketing blog.

In addition to her recognition as Vice President of Marketing, Jeanne was named one of the 2011 Top 20 Women to Watch in Sales Lead Management.  Her nomination for the SLMA’s 50 Most Influential People in Sales Management is another testament to her marketing prowess and achievements.

Vote for Jeanne Hopkins as the Most Influential Person in Sales Management.