How I’ve Managed to Grow My Career Without Managing People 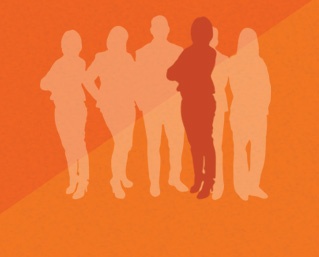 I recently turned 30, I’ve been in the marketing industry for almost 8 years, and I’ve never been someone’s manager.

Many of my peers who are at this point in their careers have started along a managerial path, but I’m not one of them.

If you think that means I have no ambition, you’re wrong.

If you think that means I’ve been unsuccessful in the roles I’ve had, you’re wrong again.

And if you think that means I haven’t progressed in my career, you’re in for a big surprise.

In the marketing industry, the traditional career growth trajectory has gone something like this: work as an individual contributor for several years, build up your marketing experience and hone your skills in a certain marketing discipline, become a manager of a small team that focuses on said discipline, get promoted to senior manager of a larger team, and keep moving along the manager path to director, VP, and maybe even one day, chief marketing officer.

To be perfectly honest, that career path has never really appealed to me. Being responsible for my results -- and my results alone -- has always been much more appealing than being held accountable for the results of a whole team.

At the same time, not progressing in my career didn’t exactly appeal to me either.

So instead of forcing myself down a path that wasn’t for me, I challenged myself to grow my career in another way -- by managing projects, not people.

I started working at HubSpot more than 7 years ago, pretty much right out of college. At the time, HubSpot consisted of a whopping 50 employees (compared to the 1,100+ we have now), and there was a total of 5 of us on the marketing team (versus the 120+ on the team today).

I started my career at HubSpot doing public relations, but I quickly realized that the part of my job that excited me most was writing and managing HubSpot’s Company News Blog, and within a couple of years, I transitioned to our content team and was regularly writing for our main Marketing Blog. Eventually, I’d grown my blogging skills enough to take over the management of the blog’s editorial strategy, and I quickly developed an interest in analyzing and optimizing the blog’s performance, both from a content and a growth perspective.

Over the years as the content team grew and others were hired to write regularly, I had more and more time to invest in that interest. And because my manager recognized the value in the work I was doing to grow the blog’s traffic, subscribers, and leads -- which was evident by the results I was producing -- he gave me the opportunity to take on a role in which I was fully dedicated to blog optimization and growth.

At this stage in my career, I took on more challenging projects, assumed greater responsibilities, and was afforded much more independence and freedom in my role. Rather than waiting for my manager to delegate projects to me, he expected and trusted me to come up with and prioritize projects on my own, as well as make critical decisions about how to execute those projects.

All that hard work paid off last November when HubSpot’s CMO decided to form a brand new team within the marketing department focused exclusively on optimization. Based on my performance and success in my previous role, I was asked to join. While a lot of my time is still focused on optimizing the blog, I’m taking on newer, more challenging projects to improve the performance of our other marketing assets as well.

Looking back, the path I took makes a lot of sense -- even if it wasn’t a path I could’ve necessarily predicted from the start. And it just so happens that I’ve grown and progressed in my career quite a bit along the way. Each role I had allowed me to develop skills I needed to be successful in the next phase of my career as an increasingly valuable individual contributor.

But I’m not going to lie … it hasn’t always been easy. While the HubSpot marketing team has always valued, challenged, and rewarded its individual contributors, it wasn’t until recently that the “individual contributor” track was officially recognized as an established, equally valuable career path alongside the manager track.

Because the manager track is a much more traditional career growth path, and because the role of a manager is fairly consistent across disciplines, it’s easier for a manager (or an aspiring manager) to understand what they should be doing to advance to the next step in their career.

But the career growth trajectory for an individual contributor is much more ambiguous. Success varies depending on the individual work you’re doing, so it’s not necessarily clear what career growth means for different roles, or what the right path is to get there. The skills of a videographer, for example, are completely different than those of a blogger, and as a result, growth in those roles will look completely different as well. Because of this, it’s impossible to create a one-size-fits all description of what individual contributors should do to get to the next stage in their careers.

So I kind of just made it up as I went along. Instead of trying to map out a career path and worrying about where I was going to be in five or ten years, I followed my interests and tried not to worry too much about measuring my success in traditional ways such as title changes and promotion announcements.

I’ll admit that at times it was tough to watch co-workers with experience similar to mine get promoted to managerial positions. I worried about how it would look to the rest of the company, as well as how it would look on my resume. Would it come across as if I was losing out on promotion opportunities to someone else because they earned it and I didn’t? Would future employers devalue my career success if they saw I had no management experience?

Eventually, I realized I just needed to let my work speak for itself, and occasionally do things that would give the visibility of that work a boost, too.

Instead of stressing about what the next step of my career should be and when I should be getting there, I focused my energy on trying to kick ass in whatever my role was at the time -- always with the goal of generating remarkable results that translated into value for the business.

In one of my early performance reviews at HubSpot, my manager told me that, like many HubSpotters, I was humble to a fault and that I should do a better job of marketing myself. So instead of waiting for someone else to recognize my hard work, I embraced the popularity of HubSpot’s internal wiki and used it as a platform for communicating the results of the projects I worked on. Not only did this increase the visibility of my accomplishments within the company, but it also allowed other HubSpotters to learn from the work I was doing. Whenever a project I worked on resulted in something the greater marketing community could learn from, I’d publish it on HubSpot’s public-facing Marketing Blog.

And let me tell you, nothing convinces you that your career is headed in the right direction more than the co-founders of your company “liking” and commenting on your latest post.

Along the way, I became more and more of an expert in my craft, and it was clear that the value I delivered was a direct result of my increasing depth of knowledge. This naturally led to recognition of my achievements (and compensation adjustments) as well as leadership opportunities, both internally at HubSpot, and externally. While I wasn’t a leader in the sense of team management, my colleagues would seek me out to pick my brain about optimization and get my perspective on the projects they were working on, and I started getting invited to speak at industry conferences and events.

I’m extremely lucky to work for a company that values and rewards its individual contributors and managers equally, and my hope is that other companies will follow suit.

Everyone Can Be A Leader

The truth is, not everyone is manager material (or wants to be), and pigeonholing ambitious employees into a career track that might not be suitable for them isn’t beneficial to the company or the employee. You end up with managers who don’t have the skills, attitude, or personality suitable for management, and that leads to unhappy teams and unhappy managers.

We should strive for career paths that give both paths the same respect. Below is an illustration HubSpot’s marketing team uses to demonstrate just that.

I don’t really know if I’ll remain an individual contributor for the rest of my career, but for now, I’m pretty darn satisfied with where I am and where I can still go from here. And if I ever have a change of heart about becoming a manager, I’m sure that the expertise, credibility, and leadership experience I’ve gained as an individual contributor will really come in handy.

Good luck figuring out the path best for you  ;-)