Slashing the Stigma Around Tech Support 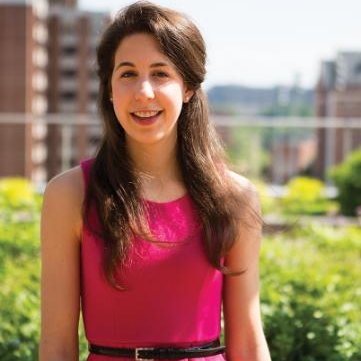 Hey there, recent grad; we know what you’re thinking:

Tech support? I can do better.

You just busted your butt for a four year degree, and now you are ready to use it. As much as you don’t want to admit it, tech support doesn’t ring of the prestige you’d hoped for in your first job. In fact, let’s be honest, it sounds a bit monotonous, static, and lacking in skill-building potential, right?

Tyler graduated last spring from the College of the Holy Cross with a double major in economics and English. He immediately started down the path that he’d heard all economics majors should follow: financial management. The choice seemed clear - his dad was even in private wealth management. But, after a few months on the job, Tyler had to face reality.

He was spending more time in front of an excel spreadsheet than he was interacting with actual people. The industry didn’t mesh with his warm, outgoing personality, and the farther down the road he looked, he just couldn’t imagine himself there in a year, let alone five or ten. It just wasn’t a good fit. Now what?

Tyler decided to apply for a position in sales, but after hopping on the phone with the sales team, the recruiter suggested that he might enjoy a role on the support team more.

Support? As in tech support? Really??

Tyler was skeptical, but decided to give it a shot, because he’d heard great things about the company culture and he didn’t know what else he would rather do. “I thought maybe I could grow to like a job in support,” said Tyler, “But I never expected I would love it as much as I do.”

Tyler’s experience as a support engineer at HubSpot has been nothing like he anticipated. He’s been here three months and is still searching for the script that he’ll never find -- because it doesn’t exist. Every stereotype Tyler had about working in tech support has come up short; instead he’s discovered the richness of opportunity and joy a career in support can bring. And, Tyler is not alone. His experience joins a chorus of other support engineers who eagerly share why there is no better place to start your career than in customer support.

One of the biggest misconceptions about support is that it doesn’t require much skill. But, as those on the front lines will tell you, this couldn’t be farther from the truth. In fact, tech support attracts some of our company’s most creative employees, true innovation ninjas who are constantly challenged to think on their feet.

Their four year degrees, be it in economics, English, or political science, have prepared them to think critically and problem solve.

As Nicole Brenner, who studied Government and International Relations at Wesleyan University, puts it, “Coming from a liberal arts background, I have the experience of analyzing the available information, understanding the end goal, and thinking of a creative solution to combat the problem that might not be obvious to other people. The strategic thinking skills I learned through my coursework and experience in student government help me show customers how they can use the product to get the most value out of it.”

But, when you really boil it down, support doesn’t attract a certain background; it attracts a certain personality. Support is a great fit for people, like so many of today’s socially conscious college grads, who aspire to help others and make a positive impact on the world, particularly through teaching.

Remember Tyler Scionti? When Tyler looks back, he can see all the signs that were pointing him straight towards support. “I was a writing tutor in college, and I loved the feeling I got when I helped a fellow student raise his or her grade on the next paper,” Tyler recounted. “Being able to say, ‘I’m here to teach you and help you improve,’ made me feel like a mini superhero for a few minutes. Now, in support, I get that feeling 15 or 20 times a day, along with the knowledge that I made the difference in a customer’s day.”

2. Straight From the Source

Tony Hsieh, founder of Zappos, a company world renowned for its support (a.k.a Customer Loyalty) team, captured this seamlessly when he articulated, “We don’t have scripts, because we want our reps to let their true personalities shine during every phone call, so that they can develop a personal emotional connection with each customer.”

Zappos even takes this a step farther, requiring every new hire, regardless of department, title, or status in the company, to go through the same training that support reps go through. That’s because Hsieh knows that working in support gives employees the most direct and in-depth view of the customer and the product - the fundamental building blocks of any business. Having the customer perspective is an invaluable resource, giving those who have worked in support a leg up if, and when, they ultimately decide to transition into other roles.

For example, Angela DeFranco, a product manager, started her career in support and credits this experience for her ability to move into her current role. “As a HubSpot product manager, I  evaluate the current shortcomings of the software and prioritize for the engineering team what problems are most important to solve,” said Angela. “But,” she elaborated, “I am uniquely positioned to address these challenges because I spent so much time getting close to the customers and listening to the concerns that were plaguing them the most.”

By investing time in building rapport and long-standing relationships with customers, support engineers are able to look through a unique lens and develop novel solutions to improve customer experience that software developers, marketers, or salespeople would never be privy to.

3. To Infinity and Beyond

Taking the name of the department at face value, it shouldn’t be surprising that one of the best things about working in support is the actual support you receive from fellow members and leaders of the customer support team.

This growth can happen organically over lunch time discussions with the diverse, outgoing problem solvers who comprise the support team. But, it also happens in more formalized ways, as the support team, particularly here at HubSpot, receives in-depth skill-building training and opportunities to shadow other employees in any company department of their choosing.

Managers on the support team want support engineers to reach their potential in whatever interests them most. And, because support engineers get exposure to so many different aspects of the tech industry by interacting with a vast array of customers, they are able to explore what really gets them fired up and then run in that direction.

For some, that’s understanding better what makes businesses tick. For others, that’s diving deeper into more technical aspects.

“For most people, trying to make this type of switch would require switching companies,” Danny said. “Instead,” he smiled, “HubSpot recognized the priceless value of my support experience and provided me with the connections and resources I needed to eventually transition into front end development” -- the position Danny holds today. Danny was the rocketship, and tech support was the ideal launching pad.

Let’s stop thinking of tech support as a measly entry-level role beneath the skill level of college graduates because it’s derogatory, and frankly, just not true.

Working in tech support is not about just doing your due diligence, putting in your time at the bottom of the ladder, or getting your foot in the door. Rather, it’s about being at the epicenter of the customer experience; about having your finger on the pulse of the customer’s priorities, and in turn,  on the company’s priorities. It’s about soaking up everything you can possibly learn from the thousands of conversations you have every month. And, it’s about making real human connections that can have far-reaching, if yet unknown, consequences for your career long term.

Although it’s only been a few months, Tyler Scionti has already seen the impact of these connections; like, when he picked up the phone and realized he was talking to THE Dominic’s, his favorite childhood Italian sandwich shop in Waltham, MA. The owner of Dominic’s got on the phone and said, “Do you know our restaurant?” To which Tyler responded, “Know you? I love you!”

Support is real calls that make real connections with real people and solve real problems, and, if done right, allows you to end every conversation the way Tyler does, with a simple “Take it easy, now.”