In spite of enormous complexity, ARC’s switch from Salesforce CRM, Pardot, and other solutions to the HubSpot CRM Platform went smoothly—and resulted in a 94% faster sales response to leads, 30% faster set up of marketing emails, forms, and landing pages, 200% increase in marketing emails sent, and 133% increase in new business growth YOY.

ARC (NYSE: ARC) provides digital printing, document scanning and managed print services to all business segments in the markets. It has 140 service centers, 45,000 customers, and 1,500 employees and does business in North America, the UK, the Middle East and India.

From the late 1990s to early 2000s, ARC grew at lightning speed through a series of company acquisitions, which added complexity to how it managed and stored its customer data.

“We bought about 170 companies in a 15-year period,” explains Frank Loughan, VP Revenue Operations at ARC. “When you buy 170 companies, you get multiple data systems with key customer information in different silos.

With each acquisition, ARC added new customer data to its Salesforce CRM, resulting in a lot of duplication and unstructured data.

“We had a lot of bad data and duplicate companies in our database,” says Frank.

ARC desperately needed to clean up this data, but it would be a challenging, complicated project. And ARC’s longstanding issues with Salesforce CRM made it even more daunting.

From the moment Salesforce CRM was installed, ARC was frustrated by how complex it was to use—and that frustration only grew over time.

“Our Salesforce environment was really intense,” says Frank. “It wasn’t easy for our sales team.”

One issue that rankled was the failed promise of Salesforce integrating seamlessly with Pardot, Velocify, Microsoft Dynamics, and other systems.

“It was a patchwork quilt,” says Frank. “We were bolting solutions on and nothing had the same look or feel. We had to log in to different systems, even though it was all supposed to be integrated.”

“Even after years of trying to fix it, our Outlook integration would work for some people and not for others.”

Given its complexity, ARC’s 200 sales reps, and their managers, were reluctant to use Salesforce CRM.

“We had to fight tooth and nail to get people to consistently enter everything in Salesforce,” says Kari.

“In truth, our user adoption was awful,” says Frank. “When people don’t use your system, your data is never going to be accurate.”

Because the data was unreliable, many sales managers created their own systems for tracking KPIs. Not only was this time-consuming, it also meant that sales data resided in different information silos with no consolidated view.

Consequently, the executive team didn’t have the information they needed for strategic decision-making.

“We didn’t have solid, trustworthy numbers,” says Frank. “They might be directionally correct, but we couldn’t use them at the strategic, C-suite level.”

ARC repeatedly raised these issues with Salesforce but didn’t get the support it needed.

“We didn’t even know who our salesperson was—and hadn’t for years,” says Kari. “We were constantly shifted around. And when we asked for support, we wouldn’t hear back for days.”

While ARC grew increasingly frustrated with Salesforce, its costs kept going up.

“We had increases year after year with Salesforce,” says Frank. “We finally decided enough was enough.”

Particularly frustrating was the process of setting up marketing emails. It was time-consuming and sometimes required assistance from an outside developer.

“Pardot forced me to sharpen my HTML coding skills,” says Patricia. “Setting up emails was really time-consuming. And if I had to bring in an outside developer, that would slow things down even more.”

Building forms and landing pages was another time-consuming process.

“I never created landing pages in Pardot because it was too complicated,” says Patricia. “We would have to bring in someone to do them.”

As with the sales team, the marketing team also lacked confidence in their data.

“KPIs around landing pages were pretty much non-existent,” says Patricia. “If an executive asked me how an email had performed, I would struggle to answer.”

When Patricia reached out to Pardot for help with these problems, it was an exercise in frustration.

“I would do everything I could to solve problems myself rather than contacting Pardot,” says Patricia. “I knew I wouldn’t get the support I needed.”

Switching to the HubSpot CRM Platform

But as dissatisfied as ARC was with its current tech stack, ARC executives hesitated to make the switch because the stakes were so high. If things went wrong, it would have a huge negative impact.

A meeting between ARC and HubSpot CRM executives finally tipped the scales, particularly when HubSpot’s CEO gave his personal assurance that the project would be a success.

“Knowing the CEO was committed to going the distance with us was a huge confidence boost,” says Frank.

“She exuded confidence and had the experience to back it up,” says Frank.

To the relief of Frank, Kari, and Patricia, the implementation went smoothly.

“It was absolutely brilliant,” says Frank. “We had some challenges along the way but HubSpot coached us at every step. They became part of our team.”

Kari agrees: “Our integration team didn’t do the work for us but coached us through their suggestions and teaching. This ensured we had the skill set we needed to independently maintain and support our HubSpot instance.”

Alignment of sales and marketing

With sales and marketing on the same platform, integration between the two became a non-issue.

It’s something that Patricia appreciates every time she sets up a marketing email, builds a landing page, or analyzes KPIs.

“The biggest benefit of HubSpot is that all your data lives in it,” says Patricia. “You see the same customer information as the sales team and vice versa. It gives us a new level of confidence.”

User adoption rose dramatically with the HubSpot CRM Platform because it’s easy for all team members to use, regardless of how tech-savvy they are.

“Our team uses HubSpot every day,” says Frank. “Sales reps are always calling me, asking how they can build a better email or set up a new email sequence. They’re highly engaged with it.”

With high rates of user adoption, the sales and marketing teams have confidence in their data.

“Our dashboard is filled with KPIs that we can trust,” says Frank. “Those numbers are real, and we live and die by them.”

Senior executives use the data for planning and strategy.

“It’s our eyes and ears into the business,” says Frank.

When asked which HubSpot feature has made the biggest difference to ARC, Frank, Kari, and Patricia all point to sequences—a feature they didn’t have with Salesforce CRM.

“It wasn’t until we went live that we realized what a game changer sequences are,” says Kari.

ARC sales reps use sequences to communicate with customers in a genuine, personalized way at a higher volume.

The sales team is getting an excellent response rate with sequences—and they’re using any non-responses as an opportunity to follow up.

Since consolidating sales and marketing on the HubSpot CRM Platform, the ARC sales team is responding to leads 94% faster, which helps them close more deals.

This dramatically shortened time to respond is facilitated by ARC’s 100% user adoption rate.

Because emails are so quick and easy to build, Kari estimates the volume of marketing emails sent has increased by 200%, moving from 20,000 a year to 60,000.

At the same time, Patricia estimates she’s setting up marketing emails, forms, and landing pages 30% faster—and she can do it all herself without the expense of an outside developer.

Partly because of these positive changes, new business growth went from $12 million to $28 million YOY after switching to HubSpot CRM, an increase of 133%.

While these results are amazing, what really puts Frank at ease is knowing that whatever ARC does in the future, HubSpot will stand with them.

“HubSpot is in the business of delighting their customers, and it shows—from the CEO all the way down,” says Frank. 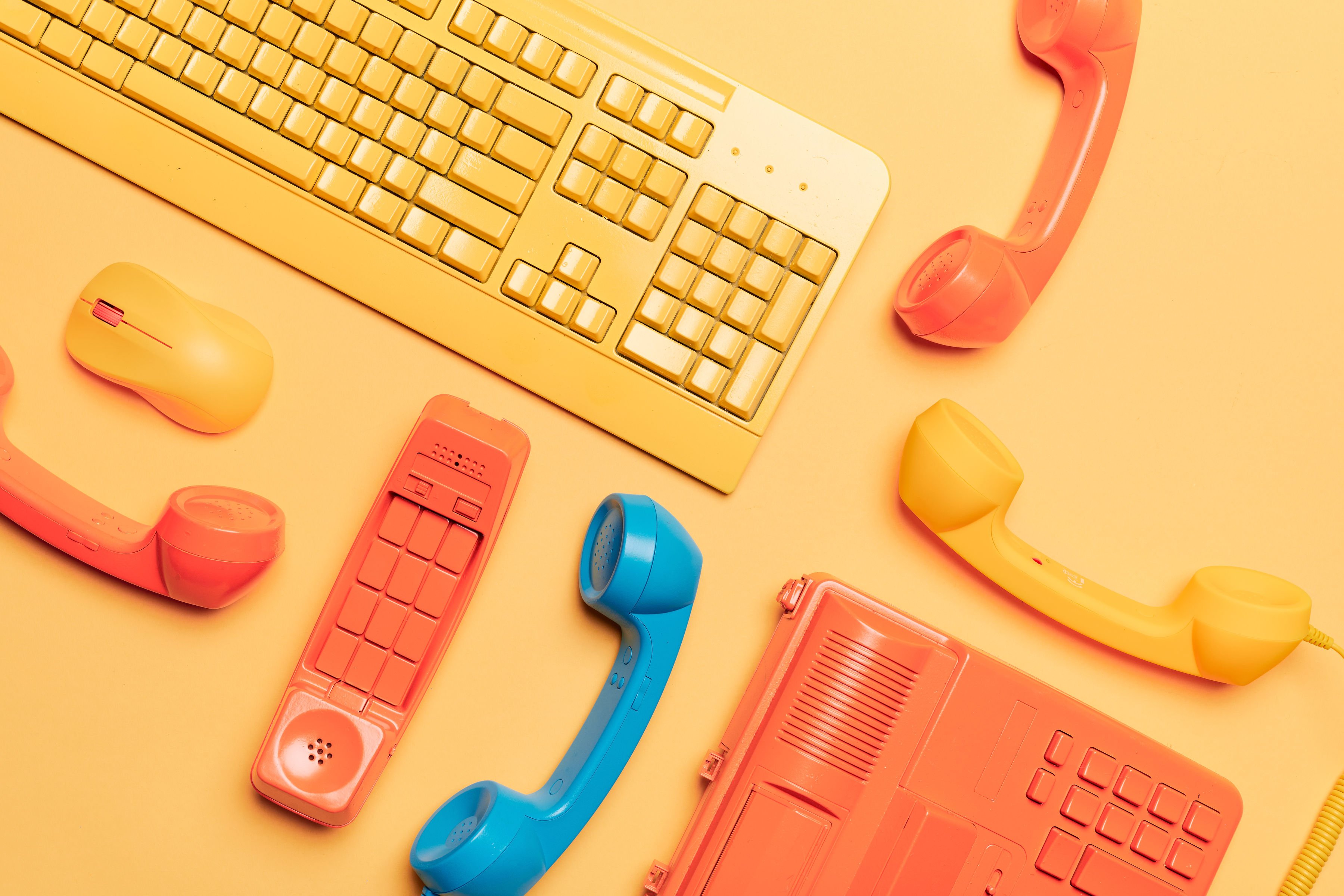