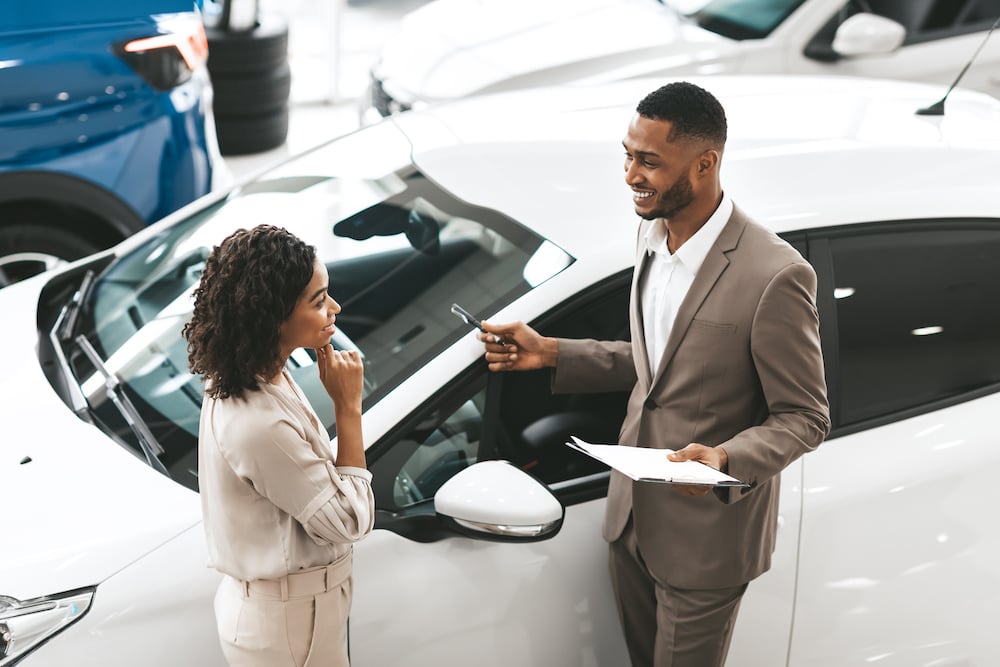 Most people walk into car dealerships feeling exposed. For over 20 years, CarProUSA.com has been connecting wary car buyers with vetted CarPros, giving them a no-pressure, VIP car buying (and selling) experience.

The Costs of an Antiquated Tech Stack

CarProUSA.com’s tech stack was state-of-the-art when it was built 10 to 15 years ago, but it had become antiquated, impacting the customer journey, user experience, and every facet of the business.

The stack consisted of a number of cobbled solutions, including Salesforce for deal tracking. The complexity made it challenging for Tom Haynes, Owner and Sales Leader at CarProUSA.com, and his sales team to update and maintain.

The team spent hours aggregating data into spreadsheets they could use to track deals and share with the accounting team. With this manual process, errors happened, impacting everyone from customers to team members to vendors.

In addition, CarProUSA.com’s leadership team lacked timely, consistent, and reliable data, resulting in modeling flaws and forecasting errors that often weren’t identified until after the fact.

Tom was well aware of these shortcomings. Yet, whenever he hired outside consultants to address them, he was left disappointed with the limited scope of the improvements and surprised by the price tag.

Eventually, Tom and his team conducted a financial analysis of their existing tech stack and were shocked when they compared costs to HubSpot CRM.

“Our analysis showed that we could get much more bang for our buck with HubSpot,” says Tom.

CarProUSA.com was already using HubSpot CRM for its email marketing, and the marketing team loved the user-friendly interface.

But Tom worried that the HubSpot CRM wouldn’t be able to meet all of CarProUSA.com’s complex needs. So he and his team looked for a HubSpot Solutions Partner to guide them and help with development and implementation.

Consolidating on the HubSpot CRM Platform with a Solutions Partner

Tom and his team chose Media Junction partly due to its ability to help CarProUSA.com prioritize and focus not just on immediate results but success over the long term.

With this move, CarProUSA.com would no longer just use the HubSpot CRM Platform as a broadcast email system but also use it for website CMS hosting, reporting, operations, customer service, reviews, and sales leadership. Only the company’s accounting system would remain on a separate platform.

With the HubSpot CRM Platform, CarProUSA.com has the intuitive, easy-to-use interface that Tom and his team always wanted.

“HubSpot isn’t complicated,” says Tom. “I watched a couple of videos and was able to get my reporting all set up and tied in.”

Trish Lessard, CEO of Media Junction, agrees: “HubSpot is designed so that non-technical people can do the things they want and need to do. It’s very user-friendly.”

Further, CarProUSA.com no longer has to rely on an outside developer to make simple changes.

Automating the acquisition of reviews for a seamless experience

With the help of Media Junction and the HubSpot CRM Platform, CarProUSA.com has automated its process for obtaining member reviews.

Trish explains: “We built HubSpot workflows to automatically send emails asking for reviews. When a review is posted, the CarProUSA.com team gets an automatic notification. The whole thing happens faster than before, and the team doesn’t have to manage it in a spreadsheet.”

“The third-party content comes in through an API but it's not formatted the way it needs to be,” says Trish. “We use Operations Hub to automatically clean and format customer data in HubSpot’s CRM, so it displays accurate information about dealerships and cars in their inventory.”

Media Junction also set up additional workflows to propagate updates in real-time whenever there’s a change to a dealer or its inventory.

For example, members can log into their accounts via the CarProUSA.com website to see which CarPro they’ve been assigned. Once they’re logged in, the platform can automatically nudge them to provide a review if they haven’t already.

The key differentiator in customization on the platform is HubSpot’s latest hub, Operations Hub.

“Operations Hub makes possible the things you think are impossible. It’s the glue that allows you to perform different actions and leverage data in different places. As a HubSpot Solutions Partner, it’s an exciting tool to have in your toolbox.”

Sales, marketing, service, and operations on one platform

Today, CarProUSA.com has consolidated sales, marketing, service, and operations on the HubSpot CRM Platform, giving every team a single source of truth for reporting, marketing strategy, sales focus, and more. And by having all front-end teams on the same platform, CarProUSA.com is able to provide the seamless customer experience the market demands.

“It’s all self-contained,” says Tom. “Instead of having to search through different systems and spreadsheets, we’re reporting out of one platform that owns everything—which is a big advantage.”

Just as importantly, CarProUSA.com now has the tools and functionality it needs to provide the highest level of service to its VIP members.

With the help of Media Junction and the HubSpot CRM Platform, CarProUSA.com.com is converting more VIP members and acquiring online reviews more efficiently than ever before.

Tom also estimates that CarProUSA.com.com has lowered its overall costs by 20% after the initial investment in HubSpot.

The team is also saving lots of time with HubSpot automation, totaling 50-75 hours each week.

Tom has plans to scale CarProUSA.com on the HubSpot CRM Platform into the future, and Trish is excited to see it happen:

“The tech stack that CarProUSA built 15 years ago was pretty sophisticated for the time. But those systems aren’t necessarily designed to work with today’s technology. A lot of companies are in the same boat and feeling powerless about their situation. With CarProUSA, we’ve shown that HubSpot can solve those problems and provide the seamless experience that customers now expect.”