HubSpot has allowed them to automate 90% of their sales funnel, increase customer engagement by 5x, and increase conversions on videos by 60%. 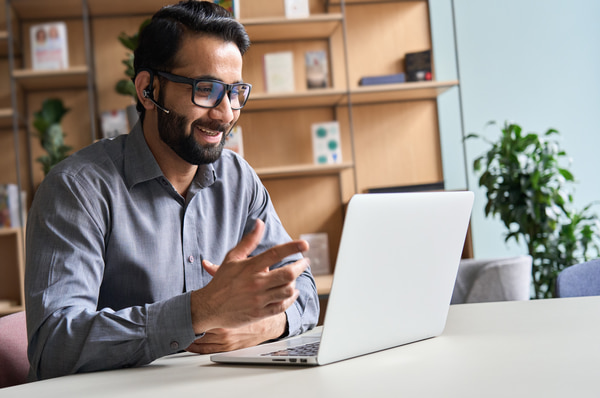 Binary Stream is one of the largest ERP software solution organizations in North America. As a leading software developer for Dynamics 365 ERPs with over 20 years’ experience, they provide innovative solutions to handle complex subscription, billing, multi-company, and leasing scenarios.

Before turning to HubSpot, they were using many different tools for their marketing efforts. The processes in place were cumbersome and siloed, and risked complicating their global expansion plan.

“It was extremely manual,” explains Danny Chahal, in charge of Binary Stream’s Transformation and Marketing Initiatives. “We had to piece together all the different data generated from different sources. We had no way to make sense of how people were ending up on our website.”

This hindered their marketing efforts, and they had trouble evaluating which marketing campaigns were most effective. With over 2000 clients across the globe, Binary Stream needed to streamline their efforts in order to scale.

The way the data was siloed created a disconnect in the handoff between the sales and marketing teams, making it harder for the sales team to pick up the leads that marketing was generating. Their digital marketing systems were limiting the selling potential of their world-class products.

“There was no synchronization between the data that was being generated from our front-end marketing and the sales process,” Danny explains.

Binary Stream needed a way to automate more of their marketing efforts and consolidate their lead generation strategy.

The marketing team was able to get HubSpot connected to their CRM, which allowed them to dramatically reduce the number of tools they were using.

“HubSpot has allowed us to consolidate all of the different kinds of digital marketing engagement under one single umbrella,” he says. “We went from using six different tools to just using one.”

Plus, he loves how HubSpot integrates with best-of-breed products like GoToWebinar and Wistia. With these systems, Binary Stream is able to educate partners and clients based on their needs, and provide them educational content in easy-to-digest formats.

And he also appreciates his HubSpot success manager, Emily Anderson, and how responsive she is to questions.

“She recognizes our unique business needs,” he says. “She does a really good job of putting herself in our shoes and understanding how we operate as a business.”

Best of all, Binary Stream was able to use HubSpot to change their processes across the board and improve communication between their marketing and sales departments. Now, a lead can be tracked from start to finish.

“We’ve been able to leverage HubSpot as a way to gel the two departments together,” Danny says. “We are now able to create a standard process where our salespeople can pick up leads. Once something's been generated in HubSpot, it's reflected instantly in our CRM. And then when the salespeople take hold of those leads, they're able to drive that forward, and we have the entire paper trail of where that lead originated from.”

Some of the most important changes Binary Stream was able to implement with the HubSpot Marketing Solution are:

Thanks to HubSpot’s workflows, Danny estimates that Binary Stream has been able to automate 90% of their marketing processes. When they hosted a webinar before, they spent anywhere from six hours to two days sorting their attendee list, generating follow up emails, and importing that into their email deployment tool. The process now takes less than two hours, and they are able to provide their prospects with a tailored journey towards digital transformation.

Because so much of the webinar creation process is automated, Danny and his team have been able to scale their output dramatically.

“It used to take us a few months just to organize one webinar, with no capacity for other marketing initiatives,” Danny says. “Now we’re able to support upwards of a dozen webinars a month, hosted around the world, because we’ve really standardized the assets that are needed to support these campaigns.”

Plus, embedding HubSpot Forms directly into Webinars and Wistia videos on their website has helped the marketing team capture leads effortlessly.

Saving so much time every month has allowed the marketing team to refocus their efforts in more valuable areas like following up with leads, especially with the help of HubSpot Sequences.

“We don’t have to spend the time on repetitive, iterative tasks anymore,” Danny explains. “Now that we have the time available, we can really convert those leads and make them much more meaningful engagements. We standardized that follow-up with Sequences.”

Freeing up time by automating tasks has made them much more responsive to their customers’ changing needs, according to Khaled Nassra, Binary Stream’s marketing team lead.

“A recent success we had was when we decided to promote the services side of our business a bit more,” Khaled says. “In the past, building the landing page in Wordpress would have taken us a month. With HubSpot, it took us a week to build out the campaign, create the form and everything around it, and post it on social media. We were able to build the whole campaign in HubSpot, it was really our base of operations.”

And using HubSpot Meetings has allowed them to connect with partners and customers much faster than before, Danny adds.

“You can get on the phone with somebody in a couple of hours, instead of waiting a couple of days. We’ve really been able to streamline that.”

Binary Stream offers a wide variety of products across a variety of platforms, which in the past made segmenting and targeting tricky. But HubSpot has been invaluable in helping Binary Stream collect quantitative data on their customers to set them on the right track, with the help of progressive profiling and tagging.

“If you don’t have that data behind the scenes to track where leads are coming from, it’s impossible to make sense of who’s interested in what,” Danny says. “HubSpot's been able to really help us nail down those lists and build them in an efficient, scalable manner, and then aggregate the data into a single contact record.”

At the same time, HubSpot’s workflows made it easy to create exclusion lists and keep customers engaged without overwhelming them.

“Some people engage with lots of different things. That doesn’t mean you can send them twenty different emails,” Danny says. “HubSpot is intelligent enough to know how to omit people and put them on exclusion lists, so that you’re finding the right balance.”

Binary Stream was able to use HubSpot to automate 90% of their marketing processes, saving days of work for the marketing team every month and allowing them to massively scale the number of worldwide webinars they organize each month.

Danny estimates that the increase in webinars has helped them generate 5x more leads and achieve their global presence.

And HubSpot’s ability to embed forms in videos has helped Binary Stream’s conversions on videos go up 60%.  Their database has also grown 30%.

Perhaps most importantly, HubSpot helped Danny, Khaled, and the marketing team focus on the thing that matters most to them: serving their customers.

“People are doing their own research,” he says. “They want to come to your website and have an engaging and meaningful experience with you. And the ability to follow-up in a timely manner, the ability to guide those individuals through a journey with workflows and automation and give them a concierge experience is huge right now for the market.”