Lead generation was a costly, slow and inefficient activity for many of Concentrate's clients. That all changed with the adoption of HubSpot. 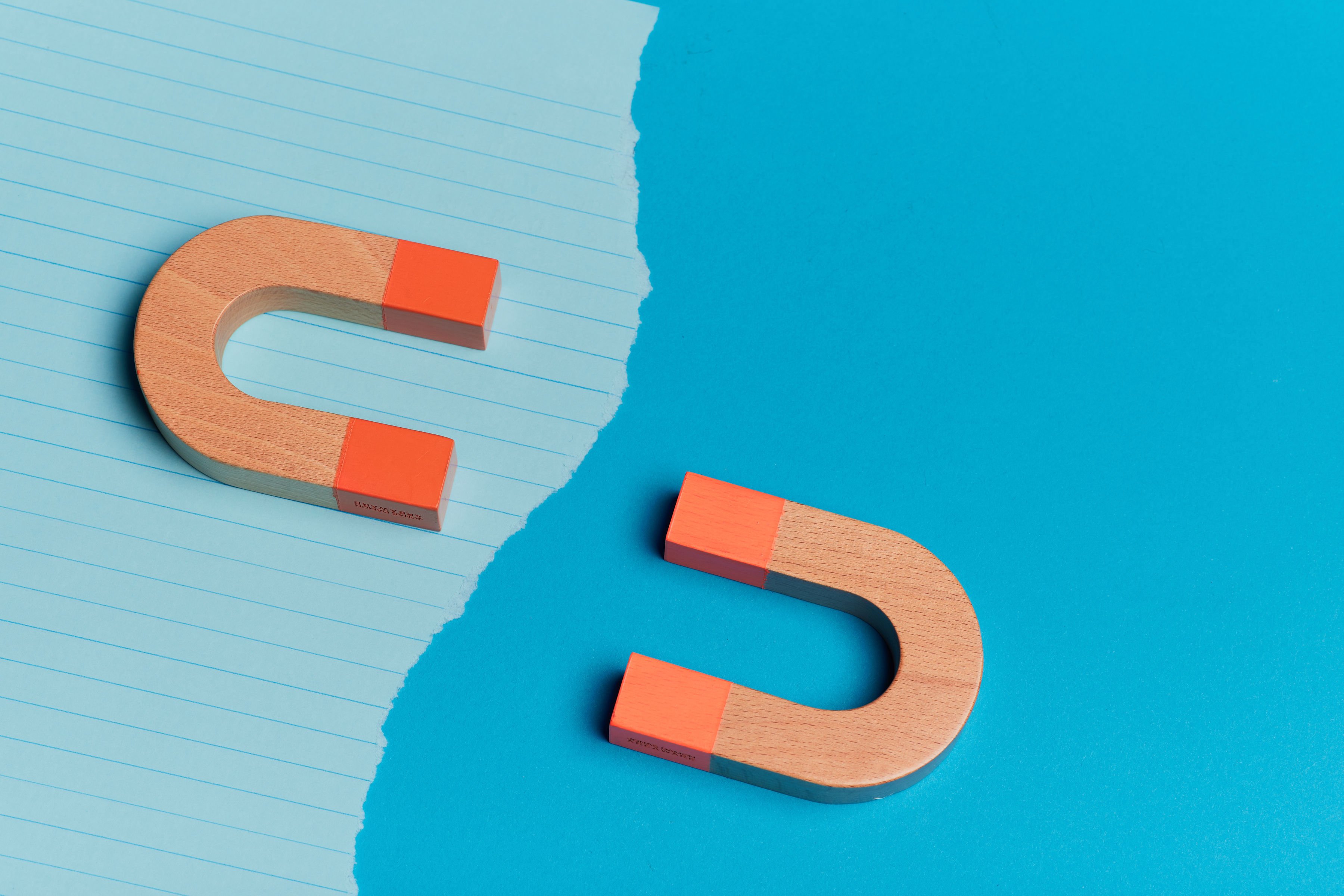 Concentrate, a strategic marketing consultancy based in Christchurch, New Zealand, has been helping its clients define and execute marketing strategies for over 10 years. They focus on B2B technology companies of all sizes, from start-ups to large multinationals. Concentrate provides many of its smaller clients with an end-to-end outsourced marketing department solution in addition to consulting services. Almost all of their clients are export led businesses, with 75% of their output being sold overseas, and have long sales cycles of up to 3 years. Efficient and cost effective lead generation is key to their growth and future success.

Traditionally, new business leads for their clients were generated from referrals and word of mouth. Owen Scott, Managing Director of Concentrate, explains the unique challenges their client base faced: “75% of leads were generated from referrals or cold calling, none from marketing… The sales person had to do everything, they had to find the prospects, nurture the prospects… its all done through personal relationships”. This was both a slow and expensive process.

Owen thought there had to be a smarter way to generate new business leads in a more cost effective way. When he discovered HubSpot, he realised that he had found a unique approach to an age-old problem that would benefit both Concentrate and its client base.

Owen and the team did a great deal of research about inbound marketing as a methodology and HubSpot’s software. He saw them as a potential game changer in the New Zealand market and, as he says, “HubSpot just ticked all the boxes”.

Before settling on HubSpot, the team researched competitive alternatives, including Marketo, but quickly discounted them as an option. Owen says, “We quickly went over to HubSpot for a number of reasons, firstly the service. With Marketo, their service was offshore and seemed clunky, they weren’t really responding. Secondly, we didn’t want anything complicated that would need IT people, and HubSpot came across to us as really user friendly.”

Concentrate became a HubSpot partner in 2013. Their first campaign provided the eureka moment for Owen and the team. They set up a simple ‘coffee meeting’ campaign. Owen explains the impact it had: “The goal was to have a coffee with us. So we set it up with some workflows and landing pages. And that simple 1st campaign generated 30 leads for us right off the bat! We thought ‘Bloody hell’ that just had us really fizzing”. 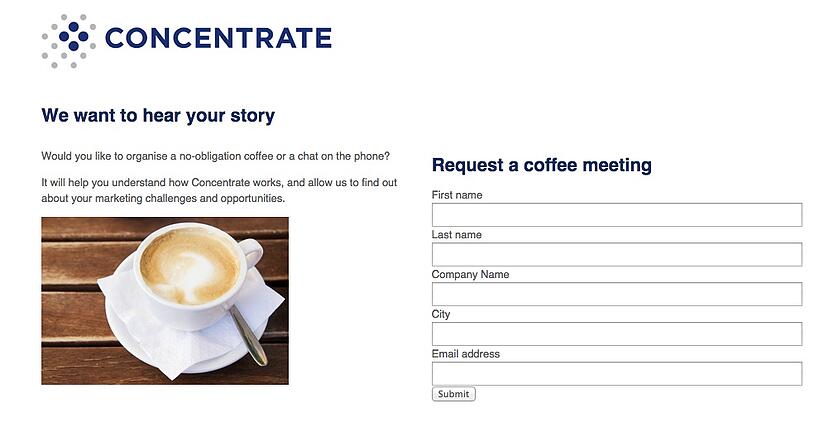 After seeing first hand the power of HubSpot through that initial campaign, the team continued to ‘eat their own dog food'. They saw that using HubSpot’s software for their own business would help them demonstrate its value to their client base. Owen explains: “You would really suffer as an agency to deliver proper services to your customers if you did not use HubSpot for your own business. We’re learning so much from it, we’re one step ahead of them, we’re getting good traffic on our website, really good traffic and leads. We’re now doing lead scoring so we get our heads around it and then we present our results to our customers using our company as a case study”. This approach meant they could prove the value HubSpot generated for their own business through hard metrics.

In addition, they leverage the 30-day trial period to run actual end-to-end campaigns for their clients. Owen explains how they maximise the trial opportunity: “We design and run an actual campaign with the customer so we really maximise that trial for them. We set up landing pages, content, social media and then we sit back at the end of it and demonstrate the impact of that campaign in those 30 days.” This ‘proof is in the pudding’ approach has been very successful in helping them convert their client base to HubSpot clients. So much so that over 50% of Concentrate’s client base are now using HubSpot.

Another key success factor for Concentrate was the support they received from the HubSpot team. Owen says their HubSpot consultant helped by being "really pragmatic and getting us over the line in terms of just doing a campaign." The advice to ‘learn by doing’ made the process less daunting and is an approach they have replicated when on-boarding their own clients.

As the business has grown, the conversations with their HubSpot consultant have also changed. Originally they were technically orientated and focused on using the software, but now they are ”all about how do we grow our business… HubSpot has really challenged us to think about how we scale”. For Owen and the team at Concentrate, “It was the people who really got Concentrate up and running and over the line”.

Through their partnership with HubSpot, Concentrate has delivered success for both themselves and their client base. Concentrate’s website traffic is up 96% in the past year. They have increased the quantity of leads in their own database by 50% in the past year, all while increasing the quality of these leads. Owen says “the number of contacts we have is just phenomenal compared to where we were… and they are all fresh, new contacts who are engaging with us because they wanted to, and they’re still engaging with us, and they’re reading our content and we’re building a relationship with them… it’s just so different”.

Their clients have seen great results too. On average, website traffic has increased 54%. They have generated an additional 34 marketing qualified leads per month and the cost of acquisition is reducing due to a lower, less labour intensive sales cycle.

The local business community has heard about the success that Concentrate has provided for its clients with inbound marketing. A recent Inbound Marketing seminar hosted by Concentrate sold out within 48 hours. The turn out of 120 people was far beyond their expectations and has resulted in more business for Concentrate.

Currently a silver tier partner, Concentrate is on track to become a gold partner in early 2015. They currently have a team of 7 working in the business, but are planning on expanding their headcount to cater for the increased demand. Their long term goal is to transform from being a boutique, specialised consultancy to becoming the #1 marketing consultancy for the tech industry in New Zealand.

Owen credits becoming a HubSpot partner as having provided Concentrate with a “much clearer path for growth”. He explains “We now have a tangible, really specific service that we can scale and is applicable to not only smaller scale companies but also the big ones”. Owen and the team have much greater confidence in knowing that they are at the cutting edge of the marketing industry in New Zealand, they now feel “plugged in internationally”.