Hüify is a dynamic, forward-thinking marketing and sales agency based in Wilmington, NC. Founded in 2012, Hüify has enjoyed rapid growth by bringing a human element to the presence of their clients’ businesses online. In the last 12 months using HubSpot CRM combined with HubSpot Sales Professional, Hüify has seen 6X revenue, shortened their sales cycle from 9 months to 4 weeks, and hired 5 more employees. 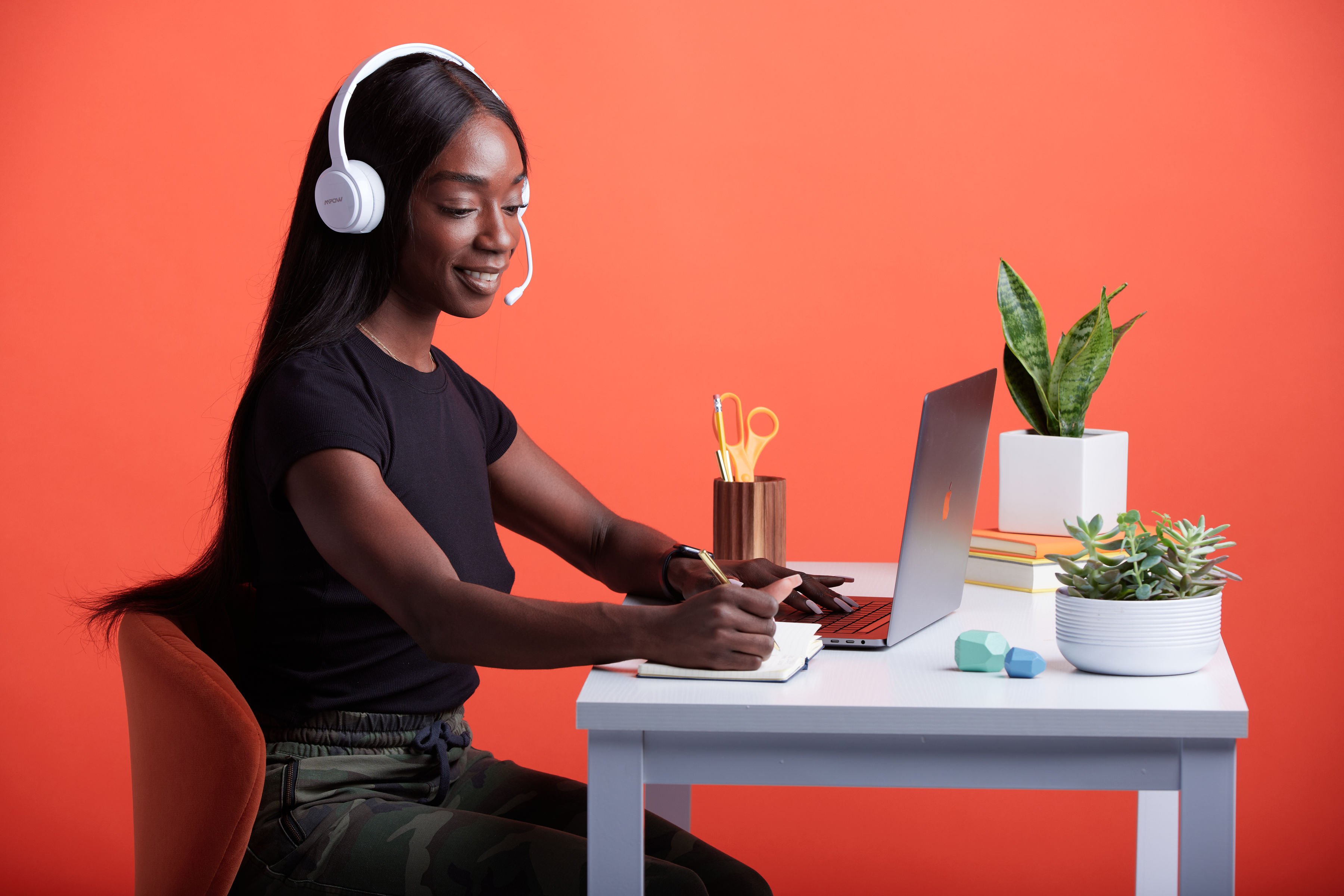 Hüify is a dynamic, forward-thinking marketing and sales agency based in Wilmington, NC. Founded in 2012, Hüify has enjoyed rapid growth by bringing a human element to the presence of their clients’ businesses online.

Before using HubSpot CRM, Josh Harcus, Hüify’s Founding Principal was using what he called a ‘glorified spreadsheet’ to manage and track all of his business contacts. Although he tried lots of tricks like colour-coding and adding filters to make it more effective, there were many times a lead would fall through the cracks.

Josh explained how easy it was to miss adding notes or a follow-up date after meeting with a prospect. As a result, people were left hanging and would never get the information they were promised. Josh had a stark realization one day; the company he worked so hard to build was being rude to its customers and he was losing fans before he even got the chance to work with them. Something needed to change.

Josh began researching the CRM systems offered from companies like Salesforce and Base CRM, but when he came across HubSpot CRM he said it was the answer to everything he wanted. The system was simple and easy-to-use but had all the functionality he needed to manage and grow his business.

However, Josh confesses that in the first year of using HubSpot CRM, even though they were no longer forgetting to follow-up with their leads, they were still selling in a traditional way and had no real sales process in place. It wasn’t until January 2015, when they implemented an inbound sales process that the results really started to happen.

Josh says it was at this point that the company took a huge leap forward and finally started acting like an agency. Once they had a solid sales process in place, they realized they now had a predictable pipeline for the first time. They were able to completely eliminate one-off projects and rely solely on their retainer-based business which meant they could prioritize their most profitable clients.

Within one year, Josh has been able to make five new hires. Now he doesn’t need to be involved in every activity and instead can act like a business owner, overseeing strategy and paving the road ahead for his agency. Because of the ease of use of the system he is quickly able to train new hires on the system and process, plus he has the visibility he needs to track progress and activity within HubSpot CRM without the need to micro-manage the team.

Hüify has completely changed its approach to sales. They have put a strategy in place that enables them to target leads who are already self-educated and in the consideration or decision stage of the buyer’s journey. Instead of spending marketing budget attending events or hosting information sessions, they began creating content that attracted their buyer personas at the consideration or decision stage, which now provides the sales team with a much more qualified lead further along in the buying cycle.

In fact, the majority of their sales meetings have been scheduled by the leads themselves using the Meetings app within HubSpot Sales. By including a “schedule time to talk with me” link in their email signature, the prospect is able to find a time that works for both parties and schedule a 15, 30, or 60 minute slot to talk to the rep about their needs. Josh says the team is absolutely hooked on it and it saves them about 20 hours every month on scheduling appointments. 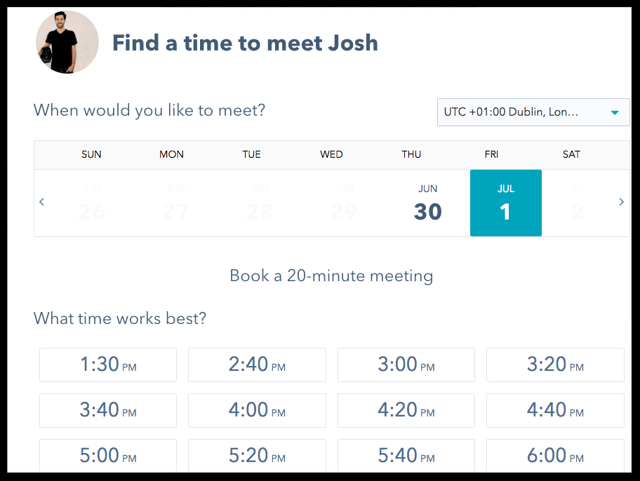 The most exciting thing about Hüify’s new sales process has been the introduction of their five minute lead follow-up rule. Josh says “when people are in the consideration or decision stage of the buying cycle, they’re not patient. If you don’t have the tools setup to respond to them quickly, they’ll make a decision without you.”

Josh says they now have the process, system, and technology in place to stick to their 5 minute follow-up rule. He has built their sales process right into HubSpot CRM so that he can see at a glance where all of their leads are in the buying cycle. 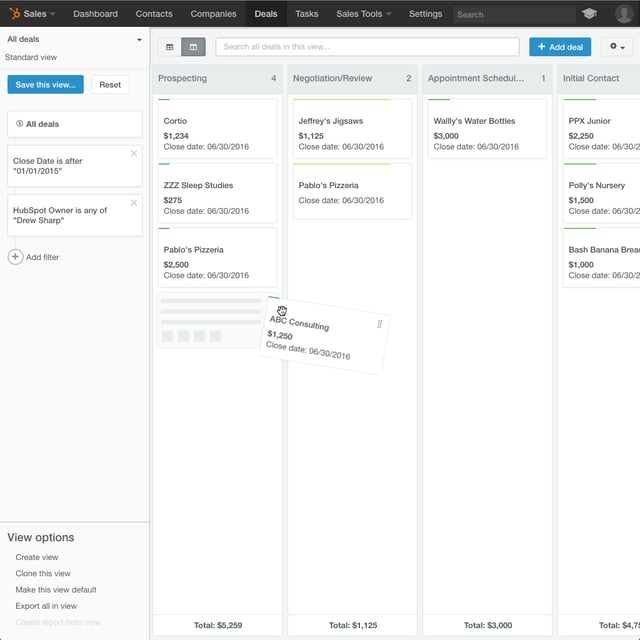 Using HubSpot’s Email Notifications, the team is now notified in real time when a lead opens an email and clicks through to read the content. The sales reps can then follow up with the lead right when they are thinking about their purchase decision. These notifications pop up both on their desktop as well as their cell phones ensuring they never miss an opportunity to follow up with a new lead.

They’ve even taken lead notifications to the next level by integrating HubSpot CRM with their team’s Slack channel so when a new lead comes in, they’re notified instantly and a rep can quickly claim the lead and give them a call. 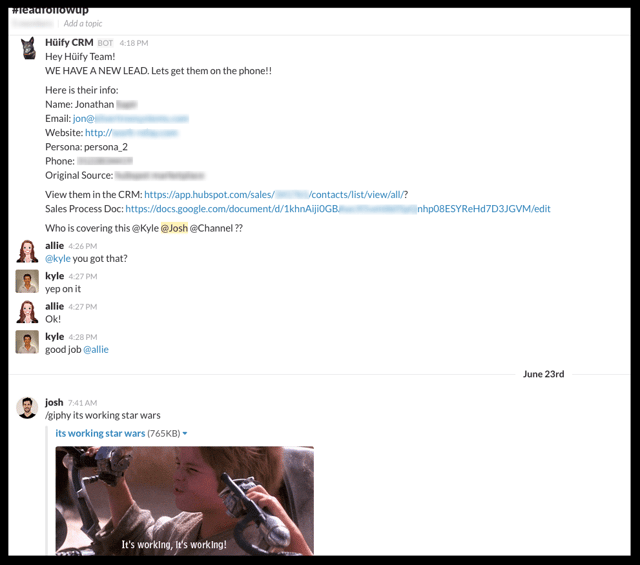 By implementing their new process, system, and technology, not only has Hüify fostered a culture for lead follow-up but also enjoys a 90% response rate from their leads. Josh says that instead of pestering people with unsolicited cold calls, their leads are now usually ecstatic when they receive the call.

As Josh and his team continue to refine their process and find new ways to use the tools available with HubSpot, they’re excited to experiment more with HubSpot Sequences. They often assign homework to their clients which they are planning to automate using the Sequences tool. They’ll be able to share resources and the tasks that need to be completed before the next consultation. Once the client has done the assignment, they’ll be able to use the Meetings app to book their next appointment. This automation of administrative tasks means the team can spend more time on activity that drives growth for the agency.

Inbound Sales has been such a resounding success for Josh Harcus and his agency that he has written a book about it. Check out his publication; “A Closing Culture: Your Marketing and Sales Process is Broken. Here’s how to fix it” on Amazon here.