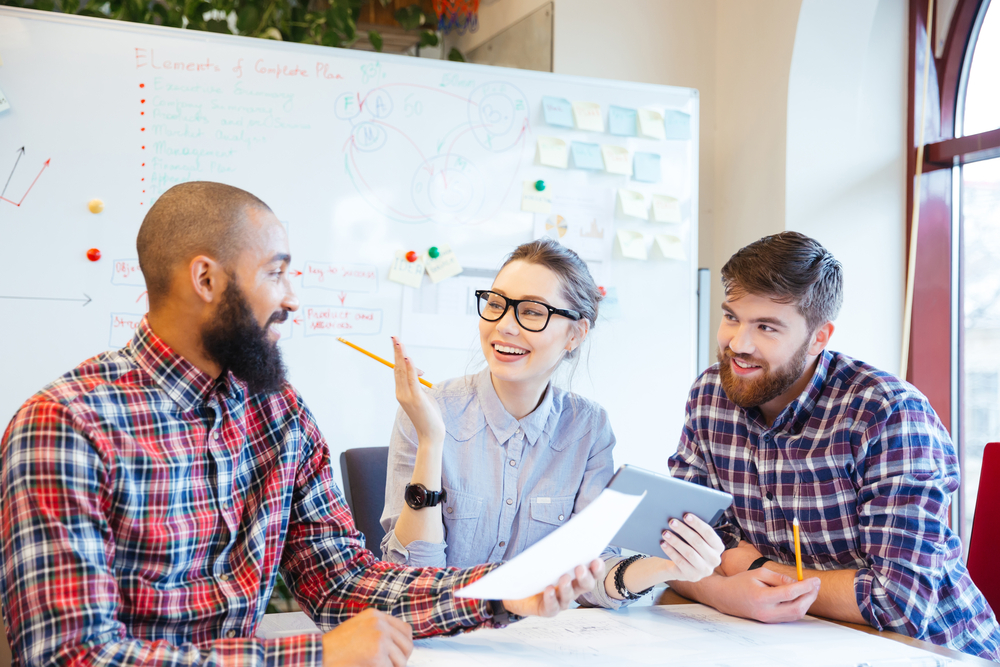 RWS Holdings plc is a unique, world-leading provider of technology-enabled language, content and intellectual property services. With a global team of 7500+ people, clients include 90 of the world’s top 100 brands.

Together, they translate over 1.7 billion words every year, delivering over 3,500 language combinations for clients around the world.

The newly merged organisation was on a mission to expand their localisation solutions on a global scale, which would require them to optimise their marketing processes.

Head of Marketing Operations Ian Shaw was an automations expert charged with streamlining procedures for the merged marketing department.

He says, “I was focused on workflows, data governance, and integrations.”

One of his first challenges was to integrate the two companies on one marketing platform.

To unite processes and automations across all of the marketing divisions, RWS needed a marketing platform that could provide end-to-end visibility on all of their tools.

Ian says, “Each company had a fully realised tech stack, with about 40 tools in total. It was a major process to evaluate all the pieces and figure out our best approach.”

The top CRM contenders were Marketo, which was in use at SDL, and HubSpot, the incumbent for RWS.

“With such a large stack, integrations were very important to us. Anything that made our lives easier was a priority.”

One non-negotiable feature was integration with Trados Enterprise, the RWS translation tool.

SDL already had built an automation with Marketo that allowed them to instantly localise hundreds of emails each week. That meant the final choice of CRM would come down to which platform could deliver stronger functionality without losing that critical integration.

Ian says, “With our complex clientele, we needed something that could serve our myriad campaign goals.”

RWS had eight business units selling to customers that ranged from government agencies and global pharmaceuticals to automotive manufacturers and freelance translators.

Their email marketers deployed an average of 40 emails per week. With an average of 8 languages per campaign and 2 variations for different audience segments, that worked out to 640 email versions per week, or 33,280 emails per year.

If they couldn’t recreate their automated email localisation process in HubSpot, RWS marketers would have been saddled with an arduous manual process.

Ian says, “We would have had to draft an email, then export it as HTML and send the file manually to Trados Enterprise. A standard campaign would need to be localised for anywhere from 5 to 16 languages. If we did an additional version for customers versus prospects, we’d have a total of 32 variations to create from just that one message.”

In the manual version, the marketer would receive each translation separately in a document from Trados Enterprise. They would then have to enter each version into an email template. For certain templates, the text would need to be copy-pasted line by line.

“Doing that manually would be prone to error. You’d have to carefully check the text as well as the links. You don’t want to send out a Japanese email with links to the English website.”

If HubSpot had not been able to deliver a functional API connection to Trados Enterprise, the extra manual labour would have required the team to hire 8 additional full-time marketers just to handle localisation.

With Ian’s eye on automation to scale his company’s complex global marketing, HubSpot came out the winner.

Once he was certain that HubSpot could sync with Trados Enterprise, the decision came down to a sense that the platform was the most user-centric out there.

He says, “It's HubSpot's culture in general. They are constantly trying to grow, improve, and fix the problems their customers are having.”

Compared to Marketo, Ian found that HubSpot had far and away the easiest interface and most capable integrations for his team’s complex needs.

For RWS, the biggest priority was integrating their email tool with their translation management platform, Trados Enterprise.

The custom integration let RWS email marketers create all of their email variations in a single click, shrinking what would have been a full day’s work to mere minutes.

“With HubSpot, we just create an email and then click on the button for the connection that we built. It sends the text to Trados Enterprise and gives us a notification when the translations are ready. All 16 versions of the email appear in Marketing Hub, fully templated. Job done.”

“The open API was a key differentiator for us. It allowed us to build the connector that made the process so easy.”

Ian says, “Our first impression was around usability and convenience for the average user. That’s where HubSpot really shines.”

He wanted a more marketer-friendly interface for his team.

“I’m a three-time certified Marketo expert. I can write APIs myself and make it do some great things, but there’s only one of me. If the other members of RWS’ marketing teams can’t do things efficiently, then I become a bottleneck.”

“One example was with our email audit logs. You can easily see your history and roll back to previous versions. So, if someone makes a mistake, they can just jump back. Before, they had to ask me to go in, figure out what went wrong, and fix it for them.”

He adds, “With Marketo, you’d need a developer-level person to leverage their features. The average user can do so much more with HubSpot.”

“I can see breakdowns of what's going on in there, with a level of control and granularity you don’t get on other platforms. We can check on property mappings and see the errors all categorised. It makes troubleshooting a lot easier.”

GoToWebinar was another key connection.

“We run probably 30 webinars a month. HubSpot’s integration lets us trigger workflows, see our attendees in real-time, and push that information into Salesforce so we can determine our MQLs.”

Another well-built integration was Zapier.

“We’re using a platform called Swapcard for virtual conferencing. It has a really nice Zapier integration with HubSpot. It's just a one-click thing anyone on my team can set up. Back with Marketo, I had to write a GraphQL API.”

With their custom sync to Trados Enterprise and user-friendly features, the RWS team is getting more done.

“HubSpot makes our lives easier. The average marketer can use it. It’s a huge time saver and a huge convenience.”

The team’s independence has freed Ian from a lot of troubleshooting.

“I can't recall hearing about any errors since we implemented, and that used to be a big thing. HubSpot has these really nice features with review screens and warnings that let marketers identify and fix their own errors.”

He says the freedom he’s gained has been a huge benefit.

“We’re an evolving team, with things constantly changing and having to be rethought. Anything that frees me up to look farther ahead is good.”

Ian says, “The automation saves each marketer a full day per week, and that’s a pretty significant time-saving.”

The efficiencies compound when you account for the ease the RWS team has found throughout HubSpot’s user-friendly UI. There’s been a huge increase in tasks they can do without developer support.

Ian says, “Now, anyone can make any email that they’d like without having to get the marketing operations team involved. And templates don’t break anymore. Before, I’d quite regularly get called on for code changes. But I haven't had to fix anything since we transitioned over.”

The changes have freed Ian’s team to market the way they want to.

“The time savings scale significantly. The ease of use, the integrations to our internal platforms, and the connections to our tech stack are allowing our marketers to do more than ever before. HubSpot is incredibly convenient, it has brilliant features, and its native integrations are key for an organisation of our size.”