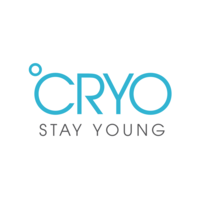 °CRYO was founded in 2013 to take advantage of burgeoning consumer interest in cryotherapy treatments. It opened its first shop in the prestigious Emirates Towers and the business grew quickly – it now has seven stores across the UAE. It has also moved into the manufacture and sale of cryotherapy equipment and the supply of cryogenic gas, and it has inked deals with franchisees in the US, Australia, Argentina, Kuwait and Turkey.

According to Barish Elrekabi, °CRYO’s vice president of marketing, it was this diverse customer base that led to the company’s decision to embrace the inbound methodology.

“We wanted to pitch to our potential clients in a more targeted and data-driven way. We have always been a Digital Marketing oriented company, however, we did not have an end-to-end solution. We wanted to drive the right leads to our website and nurture them right through to sales qualification, while measuring the effectiveness and ROI of the Digital Marketing activities.”

An all-in-one marketing automation platform seemed like the best way forward. °CRYO looked at several providers, including Hootsuite, but none of them were suitable for its needs.

“They either weren’t user-friendly enough or they didn’t have all the features we needed to produce truly integrated campaigns. Then a friend of one of our founders suggested the HubSpot software, and we were hooked. It had everything we needed to get a better understanding of all our leads, from where they were coming to what they were interested in, and what our return on investment would be.”

The decision was made, and °CRYO signed up to the HubSpot Marketing Platform in 2016.

°CRYO had already defined its various client types, from consumers to franchisees to companies interested in cryotherapy equipment, and the first thing it did was create those personas within the HubSpot Marketing Platform.

“Once we did that, we had a bird’s eye view of where they were coming from, how they were using our site and what type of information they were consuming. That’s invaluable data, and we used it to further develop our strategy,” explains Barish.

The company created content to appeal to each persona type, such as equipment information for business owners and articles on the benefits of cryotherapy for consumers. It then added Landing Pages with Smart Calls-to-Action and Smart Forms, so that it could progressively build a profile of its prospects.

“The next step was Workflows, which we use to automate our communications with our leads. I like how detailed they can be, and how each follow-up email is different depending on how the prospect has responded. A single Workflow can have so many branches, which makes our nurturing process a lot more effective.”

“They can see which emails the lead opened and when, what links they clicked on and how they reacted to follow-ups. They gain an understanding of the person’s wants and needs, and they craft a personalized pitch based on that. For example, they might make a B2C call to someone who is interested in how cryotherapy can help with injury recovery. That whole call will be about the recovery benefits, rather than weight loss or general health because that’s what the customer wants to hear about. It’s leading to a lot more closed deals.”

Barish shares that °CRYO started seeing results almost immediately and the first thing he noticed was a spike in website traffic.

He believes that the uptick is down to the fact that the company now has a better understanding of its potential customers.

“It has given us a major edge on our competitors, and our sales pitches are now much more successful. We began with average sales from online leads only of AED 50,000 per month, and that has risen by 146% to AED 123,000. We have even been able to cut back on our PPC advertising.”

°CRYO has major plans for the future, particularly as it expands its franchises to even more worldwide locations.

“We’re still going to be running all of our marketing from Dubai, and we’re going to use the HubSpot software to target prospects in their own regions and languages. HubSpot is continually developing and innovating, and our business is going to grow with it. The aim is to get smarter about automation so that we can concentrate on strategy.”

°CRYO, founded in Dubai in 2013, specialises in cryotherapy, a curative and futuristic health treatment that uses extremely low temperatures to drive four main benefits: Recovery, Beauty, Wellness, and Weight loss. The treatment is based on speeding up the blood circulation, and in turn metabolism in the body to fight aging. °CRYO provides treatments to clients across five continents through corporate owned stores and franchises. It also innovates, manufactures, and sells cryotherapy equipment to clients across the globe.

Taking Care of Marketing with HubSpot

Care.com is the world's largest online marketplace for finding and managing family care, with more than 11.8 million members, spanning 16 countries. Its mission is to improve the lives of families and caregivers by helping them connect in a reliable and e...

Giving the All-Clear to International

50% Decrease in Cost Per Lead