Swedish Partner Zooms Ahead with HubSpot

Swedish Partner Zooms Ahead with HubSpot

Zooma, a Swedish online and marketing communications agency, has always been future thinking and ahead of the game with marketing trends. As consumer behaviour was tuning out traditional marketing tactics, they recognised early on that inbound marketing would shape future marketing strategies. They became a HubSpot partner in 2012 to capitalise on this opportunity and have been helping their clients reap the rewards ever since.

Anders Björklund founded Zooma in 2001 after recognising that the Internet was changing the way consumers shop and buy worldwide. The web was becoming “the hub for all relations, transactions and communications” and Anders knew that “brands needed to modernise and evolve their way of working.” He founded Zooma to help companies adapt their marketing strategies to suit changing consumer behaviours and leverage the Internet as the core channel.

From the outset, the team at Zooma were focused on getting results for clients beyond brand awareness. One of their key differentiators was their focus on demonstrating the impact of their activities on hard metrics, including sales and revenue. Anders explains, “The CEO wants to know the return on investment…that you’re growing the lead base…that you’re getting more customers.”

However, the team at Zooma were finding it difficult to demonstrate that proof. They were using several different tools to deliver both an inbound marketing strategy for their customers and also to measure the success of that strategy. Quite simply, it was becoming overwhelming. Martin Olausson, Chief Analyst at Zooma, explains: “You had to go to 17 different tools to measure everything, and it was becoming too cumbersome a task for our customers and us.

Martin was tasked with finding a more straightforward solution. After evaluating several solutions including Marketo, Eloqua and Pardot, Martin ultimately decided on HubSpot. He found that the alternatives “didn’t have the same complete vision that HubSpot in terms of the complete inbound marketing methodology.” The final selling point was the fact that HubSpot “focused on results and the ROI of customers,” which is in alignment with Zooma’s goals.

Zooma became a HubSpot partner in April 2012. Immediately they were impressed by the rigour involved in the on-boarding process. Martin says it demonstrated that “this is a company that takes things seriously and does things in a structured way.”

The first step was getting to grips with the platform. Their HubSpot channel consultant, whom they speak with at least once a week, was a key ally in helping the team get up to speed, fast. Martin says that HubSpot channel consulting is a cut above the rest “We work with many different software providers and no one is anywhere close to HubSpot in terms of support and consulting…. HubSpot always goes above and beyond in terms of trying to solve a situation.”

Next, they began pitching HubSpot’s marketing platform to their existing client base. Similarly to Zooma, many of these clients could not measure their marketing efforts and were not getting value from the tools they had; they were using a multitude of online marketing tools that created a fragmented and cumbersome approach to online marketing. Martin explains that getting their clients to use HubSpot’s software has helped them ramp up their online marketing efforts as “now they have a proper tool and now you can get started, and that has given many results.”

HubSpot’s software has simplified Zooma’s business operations because it’s an all-in-one solution and “HubSpot helps Zooma deliver a consistent offering to each client and makes it easier to standardise the way we educate clients.”

Increasing Appetite and Demand for Inbound…

Becoming a HubSpot partner has helped Zooma generate new business with companies who were ready to make a transition to inbound marketing, but didn’t know how to get started.

To date, over 30% of Zooma’s customer base is using HubSpot, and that is growing all the time. They have increased the number of deployed HubSpot portals over 1300% and increased their HubSpot monthly recurring revenue by 1628% in the past 12 months.

Their clients see fantastic results too. One client, IVT, achieved a full payback of their HubSpot investment within five weeks!

Zooma has become renowned for inbound marketing and offering HubSpot’s products and services in the Scandinavian market. Martin believes that becoming a HubSpot partner has helped them build traction in their market: “People are beginning to contact Zooma because we are a HubSpot partner… so companies are getting in touch to talk about inbound marketing and HubSpot.”

The appetite for inbound marketing has increased exponentially among their target audience. This was demonstrated at Zooma’s recent inbound marketing day held in November 2014 in Gothenburg, Sweden. Over 150 attendees came to hear how Zooma clients PwC, IVT and ArjoHuntleigh have all used HubSpot and inbound marketing to grow their businesses. The success of the event has meant that this will now become an annual occurrence. 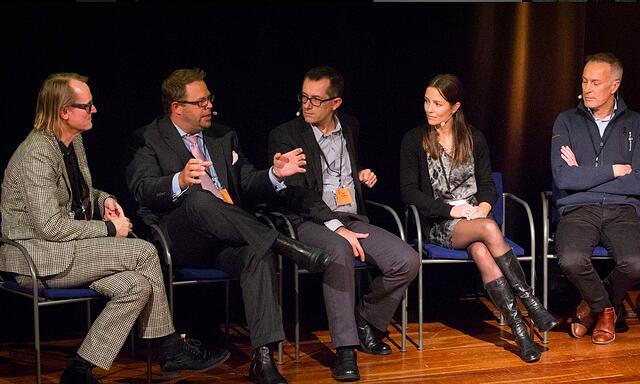 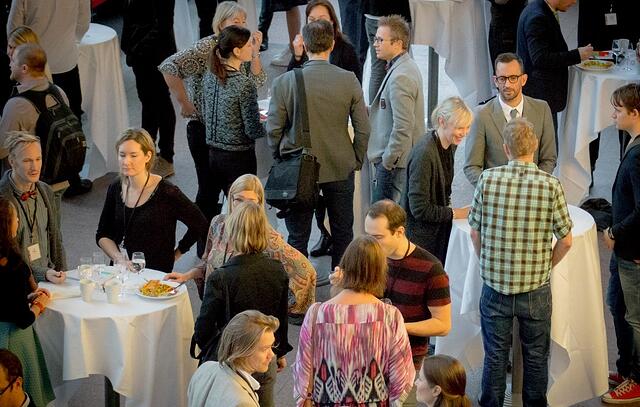 Zooma has transformed the way they can demonstrate success for both themselves and their clients, all while simplifying their operations. They recently won the ‘strongest international pipeline for business’ award at INBOUND 2014 and are now working towards becoming a diamond partner, HubSpot’s highest partner tier.

For Anders and Martin becoming a HubSpot partner was not just a great business decision, but also a necessary one. Anders believes other agencies will struggle if they don’t follow suit. He says, ”If you don’t grasp and implement inbound marketing and HubSpot in your way of working, you are not qualified to help your customers at all, you can close and go home.”

Zooma, meaning ‘to zoom’ in Swedish, is a full service agency based in Gothenburg, Sweden that creates and delivers online marketing and communications strategies, concepts, productions and solutions. Their clients include international brands that want to make online a key part of their customers’ experience.

Expanding as a HubSpot Partner