3X increase in client base

When reassessing his career options, John knew he didn’t want to start a traditional marketing agency. It was only when researching digital marketing that he discovered the inbound philosophy and immediately became passionate about the concept. He says, “When I read the Inbound Marketing book, I realized this is what marketing should be. I decided that inbound marketing was what I wanted to do and that I needed to learn more about it.” John took the free inbound certification and read HubSpot’s marketing content to continue building expertise and ultimately cement his decision to start his own agency, Inbound Guru.

In 2014 John landed his first client and proved that ROI could be generated through inbound and at a lower cost than outbound tactics such as cold calling. After this initial success with his first client, John made the leap and transitioned to using the HubSpot platform for his own business to ramp up his online presence and build pipeline.

Building a Partnership for Success

John partnered with HubSpot in June 2015, as a one person startup. He cites the HubSpot services team and resources provided by the Partner Program as instrumental in helping him to grow his business. “Doing the partner certification taught me so much about how I needed to structure my business and retainers; I’m still referring back to that resource to continue learning.”

Using HubSpot’s co-brandable content to fuel lead generation at the top of the funnel as a part of his robust content strategy, John started to see high quality leads funnel through his website. He explains web traffic has increased by 40% since first joining the program, and that the leads nurtured through the funnel via marketing automation close into customers at a 40% rate. After just one month of being part of the HubSpot Partner Program, John acquired his first retainer.

Beyond using the HubSpot software, John has also worked closely with the HubSpot services team to power growth. “The support I’ve gotten from HubSpot has been second to none. If I need any assistance from a sales or consulting perspective my account manager and channel consultant are always willing to provide an extra hand. It’s almost as if I’m talking with my CEO and CTO, they’re really invested in my business’s success.”

One of John’s favorite aspects of HubSpot, for both his own business and for his clients, is that the platform is an all-in-one solution. “The fact that you can see the results of your marketing from start to finish is incredible knowledge. Being able to see through each contact’s actions on your site -- for example, that a specific blog post brought in ‘x’ amount of revenue -- really allows you to streamline your funnel. You wouldn’t be able to get that number if you were looking at 10 different programs.” John says that his clients also see a lot of value in the marketing automation component of HubSpot because the ability to streamline marketing efforts allows them to save a lot of time for their businesses.

Library Training Services Australia (LTSA) has seen continuous improvement since joining HubSpot and Inbound Guru. "We came across John and his team when we realized that a pure social media strategy was just not getting us the traction that we needed. We were spending time and money with a pure social media agency, but not getting a return on investment,” explains Natalia Huber, General Manager at LTSA. Working with John and his team, LTSA launched an eBook campaign in August 2016 to target their core B2B persona, Head Librarian. LTSA recognized that the majority of Australian libraries are outdated and need educating on how to modernize for the 21st Century. After just four weeks, the e-Book “Virtual Reality for Libraries: How to Implement VR on a shoestring” is converting leads at a rate of 69%. John explains that a strong persona strategy coupled with the HubSpot Social App has been key to the campaign success. “HubSpot has empowered us with quality data and visibility over our campaigns (and the outcomes we are achieving), allowing us to test and measure what is working and what isn't," Natalia concludes.

One of John’s more unusual clients, a luxury fish retailer, joined Inbound Guru in April 2016 with the goal of increasing brand awareness through inbound tactics. Over the course of three months, they’ve seen website traffic increase by 1002% which has allowed the retailer to reach their extremely niche market and generate qualified leads for sales to follow up with. “While we're only left with around nine quality leads for this product, it's super niche and the product (the fish) are worth upwards of 6 figures. Those leads have been pre-qualified for the product and are engaged in active discussions,” says John. 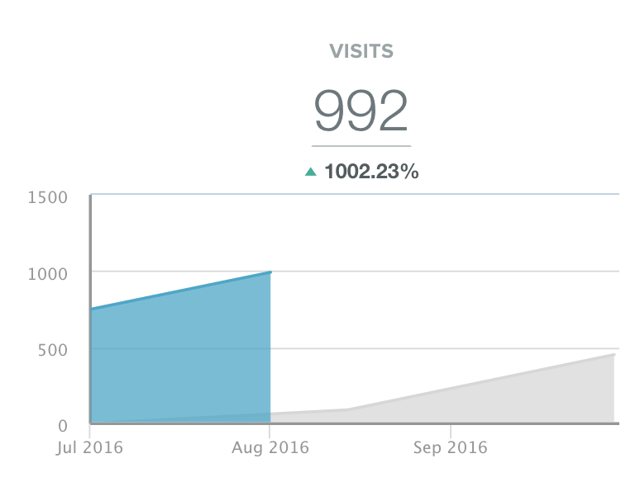 Although inbound marketing is still relatively new in Australia, John sees a lot of potential for the movement. “Even just being able to walk into meetings and say that I’m a HubSpot Partner has given me a lot of leverage, especially as the software and the concept of inbound becomes more well-known in this region.” A recently signed client already knew about HubSpot and were even inbound certified, making the sale even easier for John.

Inbound Guru has seen incredible results in their tenure as an agency and is on a strong growth path having converted 100% of their clients to retainers. In 2016, Inbound Guru became a Gold Partner and are already aiming for Platinum status.

Your Vision, Our Mission. Born in 2014, Inbound Guru is a marketing agency that helps niche-market clients in APAC boost their business performance and close more sales through Inbound Marketing. Inbound Guru provides its clients with tailored consulting & implementation partnerships to help them achieve their marketing and sales goals, and also offers private tailored workshops and group mastermind sessions across Australia to the public.